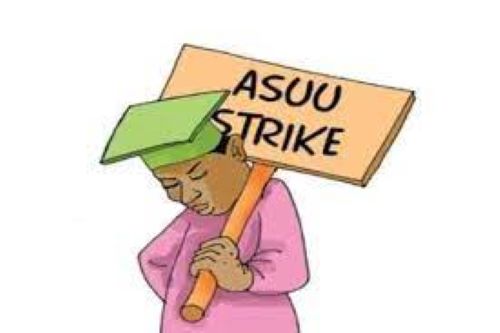 At the University of Calabar (UNICAL), no fewer than ten members of the Academic Staff Union of Universities (ASUU) have lost their lives as a result of the ongoing strike that began on February 14, 2022.

Five professors were among the deceased educators, according to Dr. John Edor, the ASUU chairman at the university, who also insisted that the institution had not actually lost 21 instructors as had been claimed.

Despite this, Edor said in a statement on Wednesday that the union would continue to push for its goals.

He declared, “It is incorrect that the ongoing nationwide strike has resulted in the deaths of 21 members of our union at the University of Calabar.

“I can affirm that roughly ten of our members have left, but not all of them were academics. They include Professors Kate Agbor, Gabriel U. Ntamu, Judith Otu, Udosen, Obia, and other academics.

You can read more such stories at The Cheer News

“We won’t give up on our demands despite the Federal Government’s sheer intimidation and apathy.

“Even though the government has refused to pay attention to our woes and offer a supportive path free of all obstacles, we will nonetheless manage to deal with all of the losses we have experienced.

“We are aware of any legal orders, threats, or hunger. We’re still fighting this battle. We’ll follow it through to its logical conclusion, where essential government actions are taken.