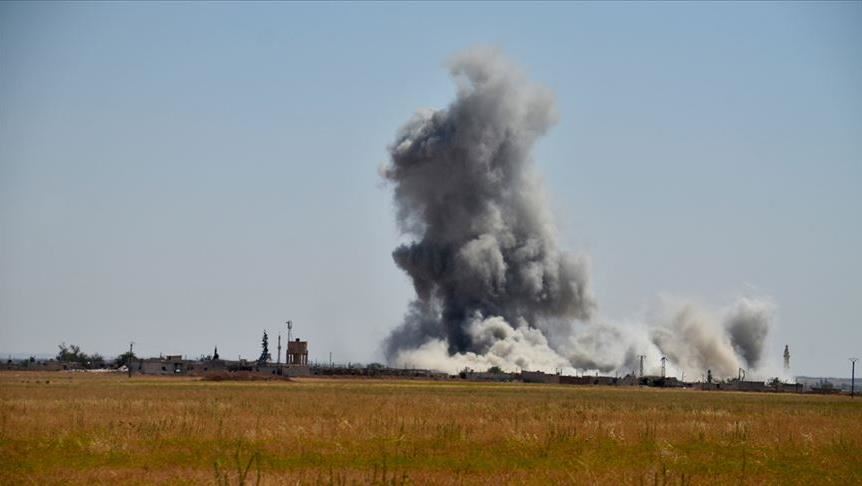 The move came after two American service members and a British national were killed in a rocket attack Wednesday on an Iraqi base.

The coalition struck three sites belonging to Iran in Syria, according to sources in Deir ez-Zur city.

The Imam Ali military base, located close to the eastern Syrian town of Abu Kamal near the Iraqi border, and military points in industrial regions and the al-Hizam area were targeted in coalition airstrikes, sources said.

A total of 25 terrorists affiliated with the Iran-backed foreign groups, including two so-called top military commanders, were neutralized and tens of others were injured, they added.

Meanwhile, the U.S.-led Operation Inherent Resolve confirmed that three coalition personnel were killed in the rocket attack on the Iraqi base.

It said at least 12 personnel were wounded in the attack on Camp Taji.

The U.S. media blamed the attack on Iranian-backed groups in the country.

Deir ez-Zur, located on the Syrian-Iraq border, provides a land connection from Iran to Lebanon. Pipelines from Iraq and Jordan, as well as trade routes, pass through the city.

West of Deir ez-Zur has been controlled since November 2017 by Iranian-based groups and Syria’s Bashar al-Assad regime.

The east of Deir Ez-Zur is under occupation by the U.S.-backed terrorist group of YPG/PKK.

2023 Presidential Election May Be A Quit, Says Hunkuyi