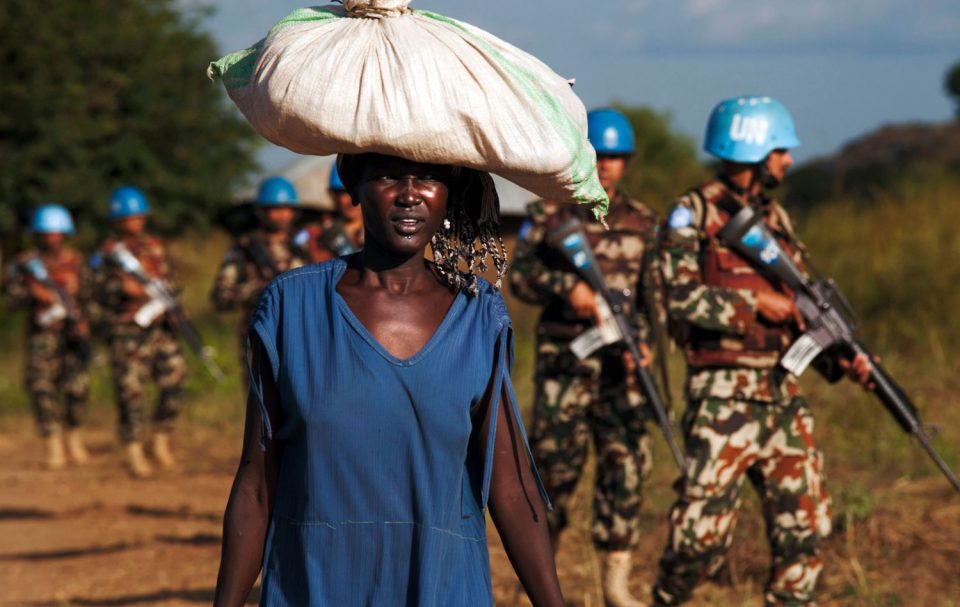 A recent surge in violence in Mozambique’s Cabo Delgado province has displaced thousands of people and left them with precarious access to medical care. To make matters worse, the country—one of the most at risk for extreme weather events—is heading into its annual tropical storm cycle, facing an increased risk of life-threatening disease outbreaks. Displaced people living without shelter, clean water, or proper sanitation are especially vulnerable to diseases like malaria and diarrheal disease. The first tropical storm of the season—Tropical Storm Ana—made landfall in Mozambique’s Nampula and Tete provinces last week.

Doctors Without Borders/Médecins Sans Frontières (MSF) is responding to the new waves of forced displacement by providing basic health care, mobile clinics, and much-needed household and shelter items. “Violent attacks and ongoing insecurity in several districts of central Cabo Delgado have driven thousands of people from their homes with nothing but what they can carry at the very moment the cyclone and rainy season is setting in,” said Raphael Veicht, head of MSF’s emergency unit. “This is a very dangerous combination. We are extremely concerned about the protection of civilians within this acute and escalating conflict.”

The largest wave of displacement in months

The current crisis in the region is concentrated in the centre of the province, particularly in Meluco and southern Macomia districts. Local authorities there have reported more than 20 attacks on four villages in the past two weeks, with 2,800 homes damaged or destroyed by fire. Since late January, more than 14,000 people have been forced to leave their homes and are now in search of safety and the basic means of survival.

Many displaced people have now congregated in small villages and towns, such as Mitambo, Ancuabe, and Nanjua, where MSF teams have been running mobile clinics and distributing food, shelter, and hygiene kits for 800 families since late January. These villages lack the basic infrastructure to sustain so many people, especially clean water, shelter, and access to medical care.

“In Mitambo, where we conducted mobile clinics and food distributions, the situation was very tense as more and more displaced people arrived in the village,” said Jean-Jacques Mandagot, MSF project coordinator. “Some were sleeping in fields while others were sheltering in thatched-roof houses left empty by residents who had already left for somewhere safer. Some people stayed for one night and moved on looking for safer areas, while others stayed longer because they lacked the means to keep going.”

There is no permanent health centre in Mitambo, so residents have to travel to a health centre in a nearby village to receive care. With the current insecurity though, people have had to travel much further and at greater risk—while some people could not access health care at all because they could not afford to travel or were unwilling to take those risks. As a result, in late January, MSF’s mobile clinics in Mitambo were very busy.

“Each day [in January], our team provided more than 200 medical consultations, and we treated more than 2,000 patients in a single week,” said Mandagot. “We’ve seen a lot of people with malaria, coughs, fevers, and diarrhoea. Many patients also have physical pains in their legs and backs from their harsh journeys fleeing danger. One man told me he had lost all his possessions—his house, his stores of food—leaving him with nothing. He said he was now forced to beg for food, and that he no longer wanted to be near his village or anywhere that would remind him of the life he had lost.”

It is absolutely crucial that medicines and medical supplies can be imported speedily, without bureaucratic delays, so that MSF can scale up the provision of lifesaving health care

On January 26, a village near Mitambo came under attack and shots were heard from the village, leading people to move even further south toward Maua village in search of safety.

With the onset of the rainy and cyclone season, the cumulative impact of years of conflict, and the worsening humanitarian emergency, it is more important than ever that MSF teams have unrestricted and safe access to the area so that they can provide people with much needed medical care.

“It is absolutely crucial that medicines and medical supplies can be imported speedily, without bureaucratic delays, so that MSF can scale up the provision of lifesaving health care in Cabo Delgado province,” said Veicht.

MSF has been working in Mozambique since 1984, responding to medical and humanitarian emergencies countrywide, including HIV/AIDS, tuberculosis, malnutrition, malaria, cholera, natural disasters, COVID-19, and displacement due to conflict. In Cabo Delgado province, MSF teams respond to emergencies and help to fill gaps in health care for both the host population and the growing number of displaced people, often working alongside health authorities and other partners.

Insecurity: Buhari Fully Aware Of What Goes On – Femi Adesina