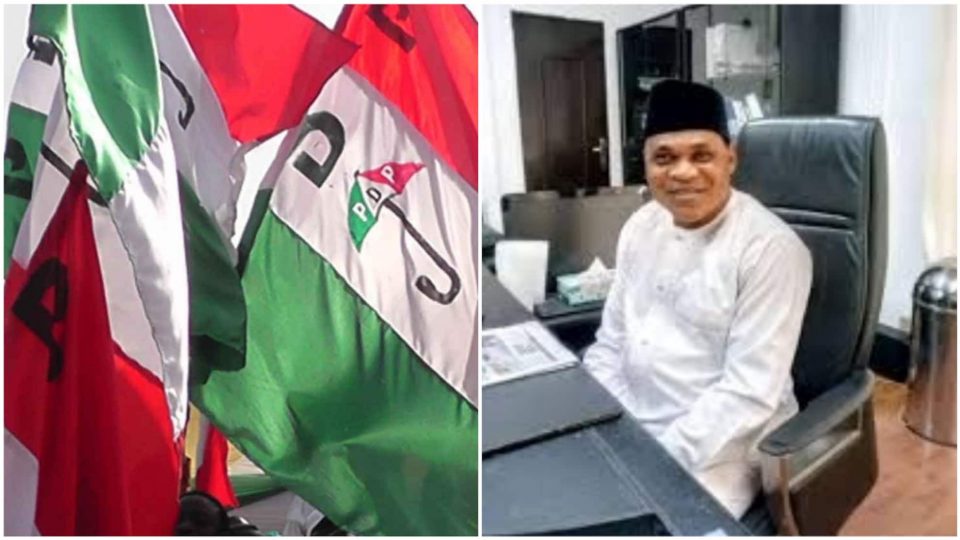 The candidate of the opposition Peoples Democratic Party (PDP), Musa Wada has rejected the likely outcome.

Addressing a press conference, in Lokoja on Sunday, which coincided with the collation of results from the 21 LGAs of the state at the Independent National Electoral Commission (INEC) office in capital, Wada alleged that the results were all false.

He said that what happened in the state over the weekend was neither democracy nor a reflection of the wishes of the electorate.

He said that the wishes of the people did not prevail at the polls.

He lamented that the police colluded with INEC to undermine the will of the people of the state.

He said there is no need allowing for election, “if Okene that had forty thousand accredited voters, now came up with a hundred and twelve thousand.”

He described it as a sad day for Kogi people, who he said are in mourning mood.

“Do you see anybody rejoicing? Is this how it is the day after a true victory? It is not about me here. It is about the long suffering people of the state who have been under bondage in the last four years.

“I won this election free and fair. Just imagine that they leave out the rigged election of Okene, Okehi and the several cases of brutality meted on our supporters, and the widely reported cases of ballot snatching, I would have won neatly,” he declared.

Seated by his running mate, Hon. Sam Aro, Wada said that as the party’s flagbearer together with the party, will seek redress at the tribunal.

According to him, the APC has taken Nigerians back to the dark days.

“The governorship election is not about me, but about another four years of misgovernance that would be midwifed by the APC. The results were already written, and is not a reflection of the people’s wishes,” he asserted.

Kogi Varsity VC: Nigeria’s Education Is On A Wheelchair