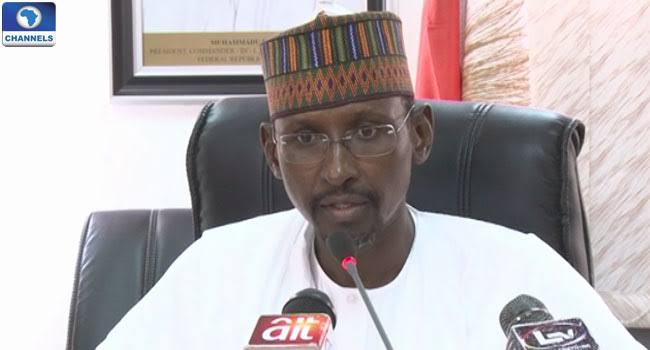 Minister of the Federal Capital Territory (FCT), Malam Muhammad Bello has said that its administration was set to prosecute open defecation offenders.

Bello disclosed this at the World Toilet Day celebration organised by Abuja Environmental Protection Board (AEPB) on Thursday in Abuja.

Represented by Dr Bawuro Yahaya, AEPB Board Chairman, Bello said that the AEPB Act was being reviewed to achieve the prosecution. The theme for 2019 World Toilet Day is “Toilet for All” Leaving no one behind.

He said that the FCT Administration was committed to addressing OD and general sanitation challenges in the FCT in line with President Muhammadu Buhari’s declaration of state of emergency on water, sanitation and hygiene in the country.

He said that the territory had put in place a ministerial committee saddled with the responsibility to come up with modalities for the provision of additional toilet facilities.

He called on all stakeholders to key into the renewed drive of the administration to ensure that no one was left behind in the quest to end open defecation in the FCT.

Ohaa, represented by Mr Samuel Atang, Director, Office of Permanent Secretary, said that statistics showed that only 11 out of the 774 Local Government Areas in Nigeria had contained OD.

He said that OD had economic, social and health impact on national development. “It will interest you to know that Nigeria loses about 1.3 per cent (N455 billion) of Gross Domestic Product (GDP) annually to poor sanitation and a third of that cost was as a result of OD,” he said.

Ohaa said that the Federal government through the Executive Order 009 titled “OD free Nigeria by 2025 and other related matters order” was aimed at ensuring Nigeria becomes OD free.

He said that FCT would key into the important initiative and join crusade against OD. “Indeed, we cannot afford to leave anyone behind because we can’t claim success until every citizen has access to safe and affordable sanitary conditions,“ he said.

Lawan said some key areas that could help to eradicate OD included the sharing of information with others on the consequences of OD as well as talk about the sickness and diseases related to poor sanitation.

Others are investing in toilet and sanitation, becoming toilet advocate and engaging in the continuous learning process.

Mr Olugbenga Sowole, Environmental Health Officer, said that globally, the world was off track to meet sustainable development goal 6 which was to ensure sanitation and water for all by 2030.

He challenged the rich and other well-meaning Nigerians to bail their communities from OD by providing adequate toilets.

Other speakers at the event called for adequate conveniences in the FCT, more advocacy on OD, community mobilisation, corporate social responsibility and public-private partnership in eradicating OD in the FCT and Nigeria at large.