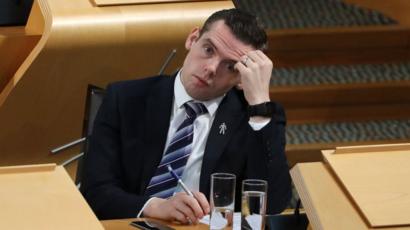 Douglas Ross, a Minister for Scotland has on Tuesday explained why he had to resign after a plea by the Prime Minister, Boris Johnson and other members of the ruling party.

Ross resigned on Tuesday when Dominic Cummings, Boris Johnson’s top adviser was accused of breaching the national lockdown by driving over 264 miles across the country.

Ross said: “While the intentions may have been well-meaning, the reaction to this news shows that Mr Cummings interpretation of the government advice was not shared by the vast majority of people who have done as the government asked.”

Ross stressed that he “cannot in good faith tell them [his constituents] they were all wrong and one senior advisor to the government was right.”

In his resignation letter, Ross, a member of the ruling Conservative Party, said “a vast majority of people” did not agree with the actions of Dominic Cummings, the premier’s adviser at the centre of the controversy.

“I haven’t commented publicly on the situation with Dominic Cummings as I have waited to hear the full details.

”I welcome the statement to clarify matters, but there remain aspects of the explanation which I have trouble with. As a result, I have resigned as a government Minister,” Ross said.