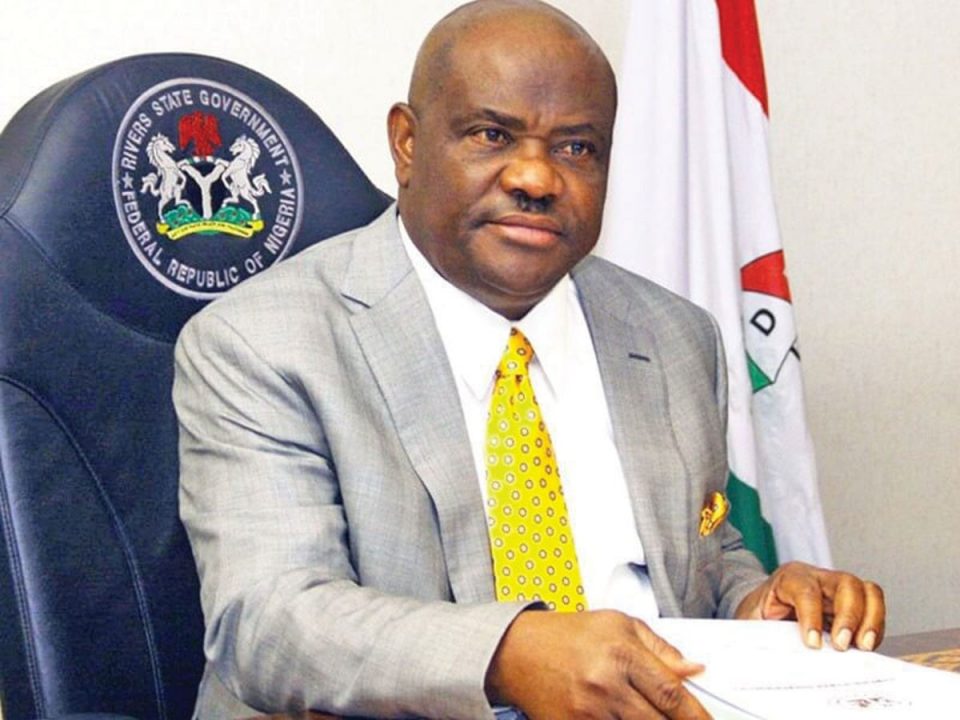 Rivers State Government has accused the Federal Government of a double standard in the fight against the spread of Coronavirus between Lagos State and Rivers State.

Governor Nyesom Wike’s  Special Assistant, Mr Simeon Nwakudu, said while the federal government was doing everything possible to protect the health of people in Lagos, it was working seriously to undermine the safety and health of Rivers people.

He said the federal government chose to collaborate with Lagos State on matters of aviation, which is in the Exclusive List, to contain the spread of the virus but continued to carry out flight operations without involving the Rivers government citing exclusive list.

Quoting some reports, Nwakaudu highlighted how the federal government worked with Lagos to quarantine the crew members of Air Peace, who flew in Chinese doctors into the country saying that they were isolated for 14 days to ascertain their Coronavirus status.

“The Commissioner for Health, Lagos State declared that community Transmission of coronavirus is in full swing in the state. With this public declaration,  it is necessary that precautionary measures be taken as long as the persons are coming from that location.

“This brings me to the main point that I have set out to make. The Federal Government that has emphasised Exclusive List every step of the way in relation to interactions with pilots and aviation has willingly allowed the Lagos State Government to quarantine 17 Air Peace pilots and crew to stem the spread of coronavirus”.

Nwakaudu noted that when three crew members of Air Peace escaped from quarantine a joint team of the Federal and Lagos State Governments apprehended them for the overall safety of Lagos State with neither the airline raising the alarm nor the federal government shouting exclusive list.

He said: “But when it comes to Rivers State,  the operators of exclusive list are willing to risk the lives of over 6million Rivers people and Nigerians just to drill barrels of oil.

“They are willing to insult the Rivers State Governor everyday on National Television and Mainstream Media for insisting on the implementation of an agreement for the observation of basic health protocols to protect the lives of Nigerians,  wherever they maybe.

“If 17 personnel of leading airline who flew 14hours nonstop to China to ferry essential health equipment to tackle coronavirus for the overall safety of Nigeria could be quarantined for 14days in line with established health protocols,  why would anyone justify the reckless flights into Port Harcourt by Carveton Helicopters,  who consistently refused to observe health protocols?

“If the Federal authorities allowed the Lagos State Health Authorities to freely operate at the Murtala Mohammed Airport,  where they apprehend pilots on essential services and quarantine them for the safety of Lagos people,  why embolden Carveton Helicopters to disregard health protocols when the fly into Rivers State?

“The entire world is singing from one hymn page to ensure the safety of everyone.  But in Nigeria,  the situation is different.  The Federal Government has instituted measures that frustrates the fight against coronavirus in major opposition states.

“Aside, encouraging private businesses to compromise the health security system of Rivers State at this critical time, there is no federal support for Governor Wike to carry out this herculean task.

“It is sad that the Federal Government will engage in this needless game of double standards. Introducing politics into the fight against the spread of coronavirus is counterproductive.  It makes the entire country vulnerable and weakens the health defence mechanism of all 36 states.

“The objective of the fight against coronavirus is to stop the virus from decimating the Nigerian population.  In this fight, all established health protocols must be respected whether in Lagos, Abuja,  Port Harcourt or Enugu. Undermining health protocols in Port Harcourt because the State is on another political path, is dangerous and would undermine the national struggle.

“This double standard is deadly.  It is unnecessary and it is unfortunate.  Nobody should fuel the spread of the virus in one part of the country because of the irregular application of exclusive list.

“It is in our national interest for the Federal Government to discard the politicisation of the fight against coronavirus and enthrone national respect for the operation of the established health protocols agreed by all tiers of government . What is exclusive list in the face of national ill-health?”