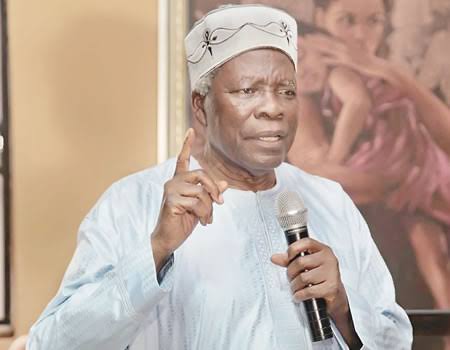 BY LEVI JOHNSON
Yoruba groups and people across the world have resolved to forge an active global alliance in pursuit of the defence and promotion of Yoruba culture and people all over the world as this is the best way to attain safety and prosperity of everything Yoruba.
The resolve was made on Friday 15th May 2020 at an online event hosted by the Yoruba World Congress.
The event saw the largest ever gathering of Yoruba groups and leaders featuring over 1800 delegates from 27 countries from 5 continents.
Speaking at the event, Yoruba Leader Emeritus Prof Banji Akintoye urged Yoruba people everywhere to wake up to and work for a Yoruba Renaissance in arts, business, science and technology and to start being their brothers’ keepers all over the world.
The Yoruba leader emphasized the need to revive the language and announced that various initiatives were in the making for the revival of the Yoruba language.
Also speaking at the event, veteran columnist and member of the YWC Leaders Council Chief Tola Adeniyi urged all Yoruba to focus on their capabilities and to build themselves.
READ ALSO: State of Insecurity, Poverty, Healthcare, Education, Akintoye @ 85 Seeks Sober Reflection
Chief Tola Adeniyi noted that, more than ever, Yoruba people need to rediscover their spirit of enterprise and self-reliance as the Nigerian country and Government does not seem capable of solving modern problems any more.
Also present at the event was Dr Amos Akingba the NADECO and Afenifere Chieftain popularly known as Triple-A.
READ ALSO: Amotekun: Akintoye Lauds Lagos Quick Passage Of Bill To Law
Answering questions from participants from various parts of Nigeria and other Yoruba people in the diaspora, Prof Akintoye noted that Yoruba and other nationalities currently incapacitated by the unworkable and debilitating unitary government.
They will explore all peaceful and constitutional means to disengage themselves from the Nigerian contraption and assert their sovereignty within the shortest possible time.
Yoruba World Congress Secretary-General Prof Anthony Kila that moderated the YWC Town Hall Meeting explained that the YWC which now has chapters across the country has consciously created roles for  Yoruba in the Diaspora and Yoruba not resident in Yorubaland.
Kila added that the YWC is working for a Yoruba Global Alliance towards peace and prosperity of Yoruba People and the key points of the YWC agenda are Education, Engagement and Empowerment.
In thanking all the Yoruba sons and daughters across the world that made the event possible, Prof Banji Akintoye announced that the YWC will soon be unveiling a series of activities around skills acquisition, entrepreneurship and investments to help alleviate poverty and to engage Yoruba bright minds and idle hands.
The 2 -hour virtual Town Hall Meeting was broadcasted live by Heritage TV and OdùduwàTVRadio the event was viewed by over 25,000 people from their homes and place of work.

Soludo Promises to combine academics with experience to govern Anambra