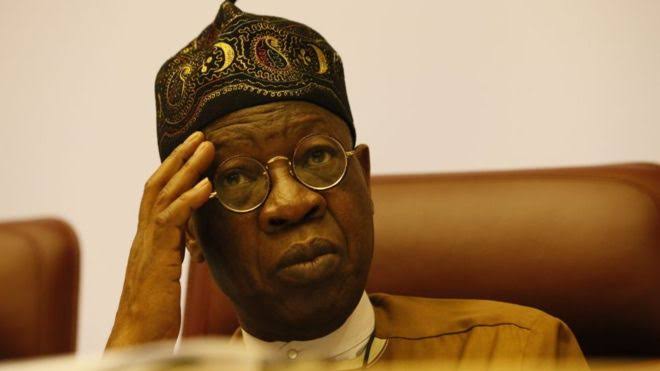 Independent Corrupt Practices and other Related Offences Commission (ICPC), has failed to produce the Minister of Information, Lai Mohammed in court, to testify as a prosecution witness in the ongoing trial of the Director-General of National Broadcasting Commission (NBC), Ishaq Kawu Modibbo, Pinnacle Communications Ltd, and two others.

Recall that on October 21, the last adjourned date, the trial Judge, Justice Folashade Ogunbanjo- Giwa had threatened to close the case of ICPC against the defendants if it fails to produce Mr Mohammed and a subpoenaed bureau de change operator in court as a witness on December 3.

Despite the failure of the ICPC to produce the Information Minister to testify in court, a statement he made to the agency, tendered in court, indicated that he gave the approval for the release of N2.5 billion to the National Broadcasting Corporation as seed grant for the Digital Switch Over project of the Federal Government.

Prosecution counsel, Mr Henry Emoreh informed the court that though the case was for continuation of trial, he intends to close the case of the prosecution as he is not calling any more witnesses.

Reacting to the sudden decision of the prosecution to close its case, counsel to Mr Modibbo, Mr Akeem Mustapha said he would not be calling any witnesses.

Mr Mustapha said pursuant to section 303 of the Administration of Criminal Justice Act 2015, he would be asking for the maximum 14 days to file the first defendant’s no-case-submission.

Similarly, Mr Alex Iziyon who is the counsel to the second and third defendants said he would not be calling any witness and therefore requested for the maximum 14 days period allowed by ACJ act to file a no-case-submission.

Reacting, the prosecution counsel told the court that he needed 21 days to reply to all the proposed applications for no-case-submissions of the defendants.

In a short ruling, Justice Ogunbanjo- Giwa noted that it would take 42 days for counsel to file and exchange processes in respect of the application for no-case-submissions.

Consequently, the court adjourned the matter to January 30, 2020, for adoption.