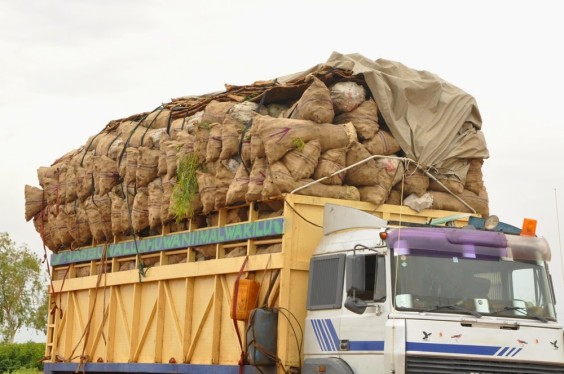 It was gathered that the Amotekun corps at a checkpoint stopped the trailer and forced its driver to open the container after which fourteen Almajiris were found hiding in it.

When queried, neither the driver nor the fourteen could state their mission in Osun.

They were reportedly sent back by the corps to avoid the spread of coronavirus in the state.

These male northerners without females among them were in the past weeks on a regular basis smuggled in their 100s in trailers to the South in midst of inter-state lockdown.

The video below is an example of the one that took place in Anambra on Saturday 16, May 2020.

READ ALSO: VIDEO: Smuggling Northerners To Southern Nigeria In Midst of Inter-State Lockdown For What Purpose?

Meanwhile, the DIrector-General of Amotekun, Comrade Amitolu Shittu confirmed the incident and commended his men for being proactive to the security of Osun State.

Shittu, therefore, urged residents of Osun State to support the outfit by providing necessary information that will further help in securing the state.

He also warned criminals to stay off the state or face the full wrath of the law.