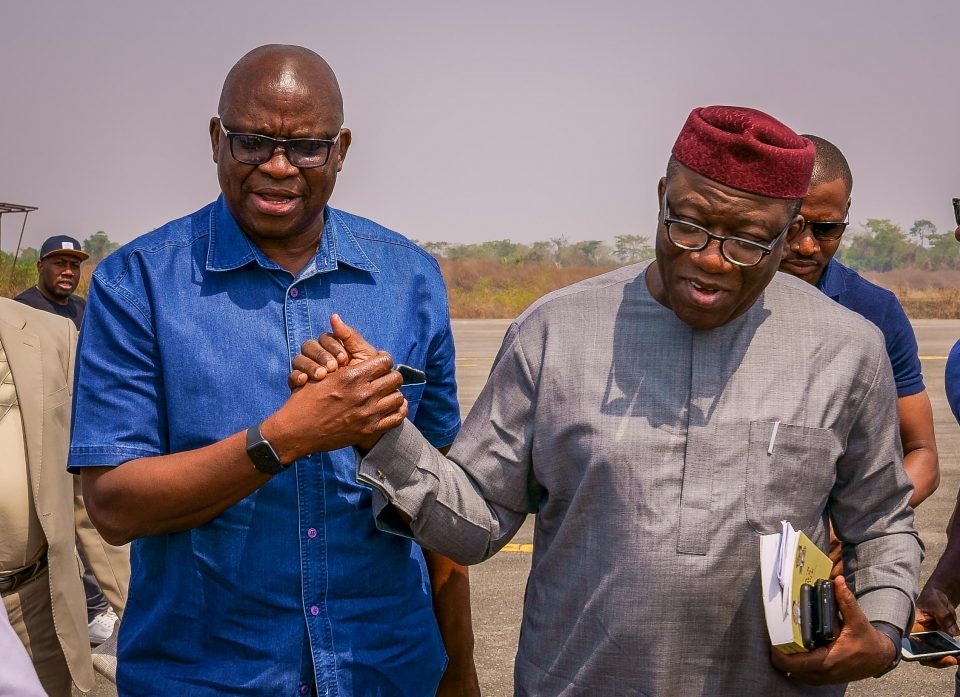 The former Governor of Ekiti State, Ayodele Fayose is an household name in Ekiti not only that he had ruled the state as two term governor but he understands the terrain and the intricacies that surround it. Fayose can go to the extent of prostrating for you if he actually wants your support irrespective of what comes out after. He is so down to earth and he is ready to adjust to your demand inasmuch as you are on the same page with him because of what he wants to achieve from the relationship.
Six months into Otunba Niyi Adebayo’s government in 1999, Fayose came out with ‘Who is Ayo Fayose? He was distributing water to the people of Ado Ekiti coupled with the distribution of kerosene. Ekiti people keyed into this gesture and eventually, Fayose won the race to Ekiti Government House in 2003 as governor.
Fayose was like a demigod as Governor expressing his youthful exuberant mostly on state issues. This made him to step on toes and Ekiti elites expressed their dissatisfaction and the rest is history.
Inline Related Posts
The bitter hangover of how Fayose was sent out of government house in 2007 in a commando like still lingers in his mind though, he might have publicly declared that he had forgiven his detractors while preparing for second term or during his second term is a means to cajole people that he has forgiven spirit.
We were thirty-three Ekiti fellows that went to visit Fayose in his Magodo residence in 2011 led by his former chief of staff, Barrister Dipo Anisulowo. He didn’t hide it when he was responding to our plea that he should return back to the Peoples Democratic Party. He categorically expressed his disgust mind against certain personalities.
The former speaker of Ekiti State House Of Assembly and now, chairman , house committee on FERMA.at the House Of Representatives, Honourable Femi Bamishile  together with the former state secretary of the PDP, Dr Tope Aluko were able to tell him that they were the last men standing as at that time that they did what was needed to safe him as at that time but they could deduce that the power that be was already done with him.
In 2010 , the appeal court sitting in Ilorin through its judgement asked for a rerun election in Ekiti State which automatically made the then speaker, Honourable Tunji Odeyemi to be the acting Governor for three months. In the course of this, Fayose became the beautiful bride to both Fayemi and Oni who was needed to win the rerun election for either of them. Eventually, Fayose went with the highest bidder. He demonstrated this during the funeral ceremony of his late dad at his country home in Afao in the presence of the dignitaries that attended the occasion including Fayemi handling inscription that Ekiti electorates should vote for Fayemi, the AC candidate.