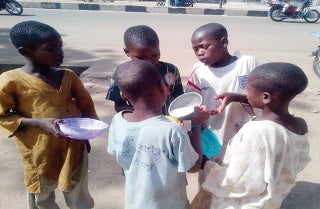 Mallam Nasir El-Rufa’i, the Kaduna State Governor has stated that fifty of fifty-nine cases of COVID-19 in Kauna are that of repatriated Almajiri children from Kano State.

He made this known through his Twitter handle on Sunday.

In the interim, Kaduna State has 66 confirmed cases of the virus, according to the Nigeria Centre for Disease Control (NCDC).

Out of the 66, six people, including Governor El-Rufai, who was the index have been treated and discharged while one case, a retired Civil Servant, who equally returned from Kano was confirmed dead.

Kaduna State Government had Saturday evening confirmed 14 additional cases among Almajiri and later confirmed another 16 positive results from the pupils.

However, a few hours after, Nigeria Centre for Disease Control (NCDC) announced 31 confirmed cases of the virus in Kaduna on Saturday.

Giving further details on Sunday, Governor El-Rufai posted on Twitter that, “COVID-19 Update: The Kaduna State Ministry of Health this evening confirmed receipt of 16 more positive results, 15 of them from Almajiris. The state has now recorded 50 cases from repatriated Almajiris. Active cases have risen to 59.”

The state is still under 24hours quarantine, while the Government has since blocked all the major entries into the State to prevent further inter-state travel