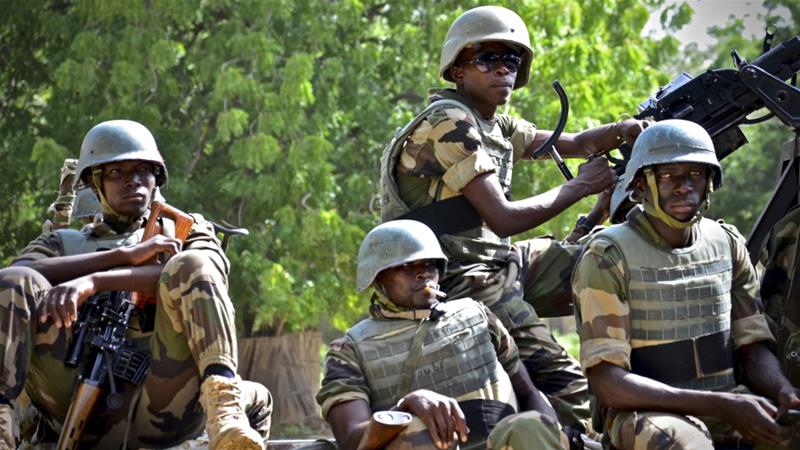 Residents of the areas close to the barracks told our correspondent on Tuesday evening that bullets have been coming from the shooting range into houses in their areas following the resumption of shooting exercises at the barracks.

Some of the residents told our correspondent that the shootings resumed early Monday morning and bullets had been straying into buildings causing damage to their roofs and other property.

One of the residents, Alhaji Kazeem Ijeru, told our correspondent that some bullets strayed from the shooting range into his building and perforated his roof on Tuesday.

He said, “Soldiers have started shooting at Odogbo Barracks again and we are living in fear now. They started around 7 am on Monday and bullets have been straying into houses on our street.

“Fresh damage was done to my roof by some bullets today. How long are we supposed to be saying the same thing, the same complaint for many years and nobody is doing anything about our plight?

“Each time they organise their shooting exercise, they cause us to fear and destroy our property. Are we the terrorists or bandits they are training to face? It is not fear.”

Another resident, Taye Omolaja, said he had been planning to sell his house without serious buyers because of the shooting problem

“They stopped after the reports in the media about three weeks ago but they started another round of shooting on Monday. The shooting continued on Tuesday and we don’t know how long we will live in fear this time around,” he said.

“The state government is also pretending not to be aware of our plight. Maybe they are waiting for a huge number of people to be killed before they would come for a condolence visit. God won’t hand over our lives to them. They don’t see us as people whose lives count and that is unfortunate.”

The army, however, refused to react to the claims of the residents and efforts by our correspondent to speak to the officer in charge of Information at 2 Division Nigeria Army, Lt. Col Charles Ekeocha, were unsuccessful.

Calls to his phone did not connect and messages sent to him have not been replied to as of the time of filing this report despite being read.

Residents of the affected area had about three weeks ago conducted journalists around the areas and the buildings damaged by bullets from the army barracks.