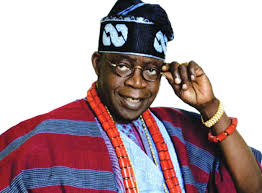 Jerry Ugokwe, a senior member of the All Progressives Congress (APC), said every Nigerian who wants to see their nation succeed will support Asiwaju Bola Tinubu for president.
Jerry Ugokwe made this claim on Channels TV’s Sunrise Daily, and added that Nigeria needed Tinubu to duplicate the things he accomplished while serving as governor of Lagos.
“Yesterday (Tuesday), I was telling a joke to a friend of mine,” he remarked. I said that Lagos would have remained the capital because there would have been no need to relocate to Abuja if Tinubu had been governor of Lagos prior to Abuja being selected as the federal capital. That money would have been used to advance the entire nation.
“What I’m saying is that the best candidate to elect is Tinubu, who the APC is putting forth to Nigerians and wants to make the CEO of the enterprise called Nigeria.
You can read more of such stories at The Cheer News
Stakeholders From APC ,Tinubu Meet To Resolve Campaign Issues
How MC Oluomo Made It Difficult For People To Get To Church Because Of Tinubu
“Let’s examine what he did when he had the chance. You recall how Lagos was prior to Tinubu (administration). He transformed Lagos into a prosperous African nation. Can you image if that were to happen and Nigeria developed into a powerful economic force?
“For this reason, in my opinion, Tinubu should be supported by everybody who desires greatness for Nigeria.”
You can read more of such stories at The Cheer News and Credible News

Kola Ologbondiyan Tells Nigerians: “Atiku Has The Solution To Your Pain.”