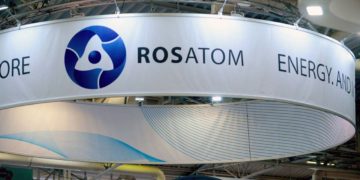 Youths from Nigeria,Tanzania and Kenya have been awarded first prize for a youth video competition they researched on nuclear energy technology, a statement from ROSATOM Central and Southern Africa says.

The statement made available to newsmen in Abuja, said that the winners received the highest number of votes from the jury and the general public via Facebook platform.

News Agency of Nigeria (NAN) reports that ROSATOM is one of the global technology leaders that brings together nuclear power and power engineering assets ,as well as design and construction.

It had in August invited African youths to research and make videos about various nuclear technologies, their applications and benefits to Africa.

ROSATOM said winners of 2019 Atoms for Africa Youth Video Competition would travel to Russia on an all expenses paid trip in December.

“The 5th Atoms for Africa” online video competition for Sub-Saharan Africa youth has finally come to its finale.

“After casting more than 14,000 votes online, the public chose three winners out of top 10 that were pre-selected by the jury from 66 applications.

“Three teams from Nigeria, Kenya and Tanzania each received over 2,000 votes and won an all-expenses paid trip to Russia.

“The participants of seven other shortlisted videos will be rewarded with commemorative certificates and gifts.’’

It said young people from Central and Southern Africa were invited to research on how nuclear technologies could assist in achieving the United Nations (UN) Sustainable Development Goals (UNSDGs) on the continent.

It said since inception of the competition in 2015, 36 winners had visited various state-of-the-art Russian nuclear facilities and well-known Moscow landmarks, top nuclear universities and other scientific and technological facilities.

It listed the first team of winners from Nigeria to include Egbe Joy, Derick Nwasor and Oghale Yome .

While the second winners from Tanzania comprised Edgar John, Ritha Deusdedit and Theresia Mbuli and the third winners from Kenya are Wafula,Lukorito,Job Ogenche and Felix Kipng’etich.

“Opportunities like `Atoms for Africa” competition allows young generation to truly understand the immense benefits that nuclear technologies can bring to their countries and the wellbeing of their people.”

“One of our key missions at ROSATOM is to assist the brightest young minds from across the globe to shape the future of energy by solving global challenges.

“This is a great opportunity for young people from very different walks of life who share a common passion to build a bright and sustainable future for Africa.

“The idea is to discover more about various nuclear applications and their vast benefits for the region.”