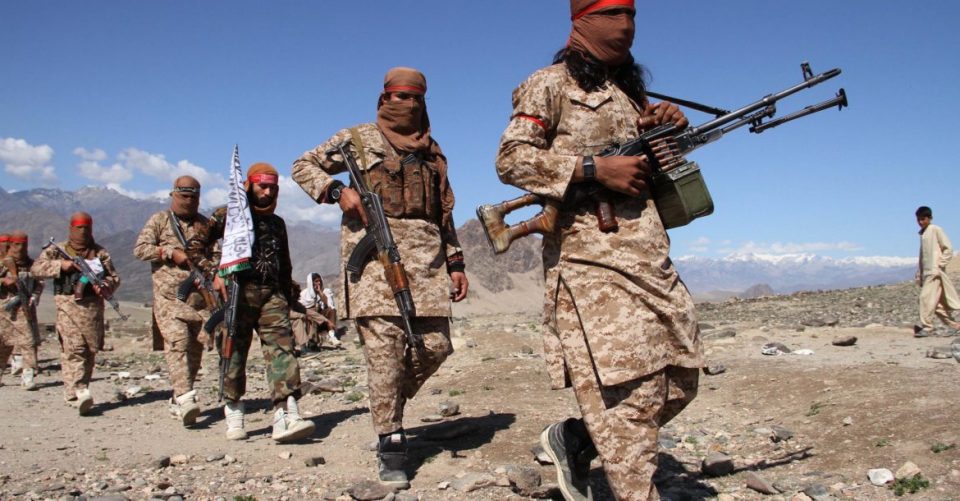 The defeat in Afghanistan of the liberal democrat West and the victory of an authoritarian Islamic fundamentalist Taliban has worldwide geopolitical consequences.

It has called into question America’s commitment to its allies; provided political ammunition to China and Russia; emboldened fundamentalists in Iran and elsewhere in the Middle East and Africa; increased the threat to Israel; weakened NATO; prompted a re-think in India; and, encouraged many in the Far East.

Governments around the world heaved a collective sigh of relief when Joe Biden replaced Donald Trump in the White House. Trump’s “America First” policy tinged with isolationism and a shoot-from-the-hip unilateralist foreign policy was a serious concern in capitals across the globe. They welcomed the statement from foreign affairs expert Biden that “America is back.”

But Biden’s refusal to listen to the concerns of NATO allies and order a precipitate withdrawal has led many to think that Trump’s unilateralist America First programme has become bipartisan. European NATO has long accepted US dominance of the alliance as essential to their survival. But it refuses to become an unconsulted-taken-for-granted adjunct of US foreign and defence policy. Especially when that policy runs counter to Europe’s interests.

And the Afghan debacle is just that. If Afghanistan again becomes a base for terrorist organisations then it will be Europe—not America—that will be the primary target. The Taliban has promised it won’t happen. And they need aid and expertise to reconstruct their war-ravaged country. But one of the Taliban’s first acts upon entering Kabul was to release thousands of hardened Jihadists from Pul-e-charkhi Prison. Al Qaeda is reported to have bases in at least 15 of Afghanistan’s 34 provinces and rival ISIS is believed to have up to 10,000 members in the country.

Even America’s closest ally is questioning their relationship with Washington. Former Prime Minister Theresa May asked the House of Commons: “What does it say about NATO if we are entirely dependent on a unilateral decision taken by the US.” In an impassioned address before a silent Commons, Tom Tugenhadt, chairman of the Foreign Affairs Committee, called on Britain to set out “a vision for reinvigorating our European NATO partners to make sure that we are not dependent on a single ally, or the decision of a single leader.”

In Germany, Norbert Roettgen, chairman of the Bundestag’s Foreign Affairs Committee, said that European NATO should consider a re-intervention in Afghanistan. This suggestion was quickly shouted down by his colleagues.

The fact is that European NATO without the US does not have the means to protect itself, let alone to intervene in a distant country without American support or the assistance of a major power in that region. Boris Johnson did, in fact, sound out Europeans on the possibility of remaining in Afghanistan in the months preceding the US withdrawal. But the suggestion was quickly dismissed as unsustainable.

The Russians are, of course, delighted with the turn of events. Anything that makes Washington look foolish and weakens the Western Alliance creates opportunities for Moscow. The Vietnam debacle was quickly followed by a spurt in Soviet adventures in Africa, the Middle East, South America, and eventually its own disastrous intervention in Afghanistan.

But Russia is not the Soviet Union. It is a financial shadow of its former self and it’s corrupt kleptocratic autocracy will keep it so for the foreseeable future. But it is still the owner of the world’s largest nuclear arsenal which makes it the single biggest threat to democratic Europe.

Successive US administrations have for decades pressured European allies to increase military spending and take more responsibility for their defence and for operations in the Middle East and Africa. Afghanistan may be the required spur, although exactly where the money will come from in the wake of the costly coronavirus pandemic is a mystery waiting to be solved.

One of the main reasons for the withdrawal of Afghanistan and the pressure on Europeans is America’s Asia pivot. Russia is no longer regarded as the main threat. It is China. Russia remains a major military power but a diminishing economic and political menace. China, on the other hand, has already far surpassed the old Soviet Union in every field except the military. In a worst-case scenario, Washington does not want to fight on two fronts.

Beijing is cock-a-hoop at American failure and telling the world that this is yet another example of the superiority of China’s one-party communist rule. As far as Afghanistan is concerned, the Chinese have three objectives. The first is to prevent the Taliban from supplying weaponry to Muslim Uighurs in Xinjiang. The second is to create another spur to its growing Belt/Road Initiative to either its port in Baluchistan or directly through Afghanistan and Iran to a base on the Persian Gulf.

The final objective is to weaken American interests generally, but especially among East Asian and Pacific countries, the main target being Taiwan. The ever-belligerent Chinese paper “The Global Times” has already said that America’s defeat is “an omen of Taiwan’s future.” Andrew Yang, the Taiwanese Defense Minister said that his country should “depend on its own self-defence instead of US support.”

Other countries in the region are more sanguine. They see the withdrawal from Afghanistan as a step towards a more complete realisation of the Asia Pivot. A Japanese spokesperson said simply: “Afghanistan is Afghanistan. Japan is Japan.” Australian Foreign Minister Marise Paine said that the Afghan debacle “does not change the calculus for Australia, the Pacific or Asia.”

Australia and Japan are both key members of an alliance which the US is constructing to counter the growing Chinese threat. Another country is India which is doubly troubled by the US withdrawal from Afghanistan. Delhi developed good relations with the US-supported government of Ashraf Ghani in order to sandwich arch-enemy Pakistan between two opposing powers. The Pashtun-dominated Taliban, on the other hand, has close tribal links with Pakistan’s Pashtuns, and Pakistan was used as a base for Taliban fighters and political leaders. Pakistan Prime Minister Imran Khan declared that the people of Afghanistan “have broken the chains of slavery.”

Afghanistan’s southern neighbour—Iran—is also ecstatic and has sent fulsome congratulations to the Taliban leadership now ensconced in Kabul. Tehran’s fundamentalist wing has been substantially strengthened which will make it more difficult to revive the Iran Nuclear Accord or curb Iranian adventures in Iraq, Syria and Yemen.

Washington is a brake on Israel as well as its chief supporter. It kept out of both Gulf Wars and has reluctantly refrained from bombing Iranian nuclear facilities (although there was a suspicious fire at Iran’s Natanz nuclear facility earlier this year). If Israel starts to doubt America’s commitment then it will act to protect what it regards as its vital interests, using its normal sledgehammer tactics. This could have consequences that make Afghanistan look like a walk in the park

Why we resolve not to enforce sit-at-home order – IPOB