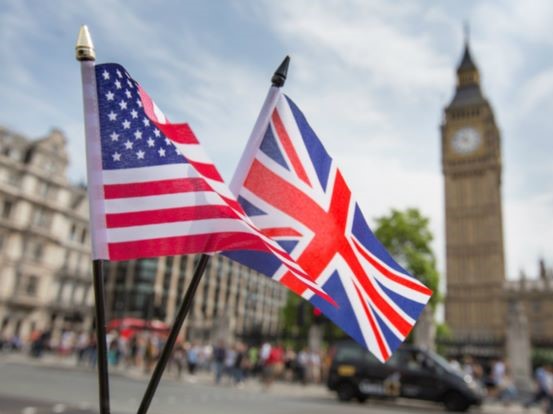 The blizzard of alleged lies and tales of blackmail emanating from 10 Downing Street is truly disturbing. But they obscure even more alarming policy shifts which threaten longer-lasting effects than any fall-out from party gate.

Nearly the top of the list of the partially-buried problems is the threats to free speech, a free press, freedom of assembly and the freedom to protest.

Britain and America have led the way in establishing and protecting those rights. They insisted that they were written into the UN Charter and Germany’s post-war Basic Law and their example have inspired others around the world. Now both countries are heading in the opposite direction. In the Press Freedom Index compiled by Reporters Without Borders, Britain is ranked 33rd and the US is a dismal 44 out of 170 countries.

The blame for America’s poor ranking is laid almost exclusively at the door of ex-president Donald Trump and the Republican Party he has reshaped in his own image. Trump enabled and emboldened free press opponents by attacking the media as “enemies of the people” and branding criticism of his administration as “fake news.” With the Republicans likely to regain control of Congress in this year’s mid-term November elections, the media is preparing for a fresh onslaught.

In Britain, Boris Johnson’s Conservatives have long-regarded the BBC as a hotbed of liberalism. They started their term in office by reducing the number of ministerial interviews on the world’s most respected news outlet. Then this week Culture Secretary Nadine Dorries announced that she was freezing government funding for the BBC.

On top of that, the beleaguered Johnson government’s proposed Police, Sentencing and Courts Bill will effectively ban traditional rights of free speech, demonstrations and protests by giving police the right to shut down any gathering that causes “serious disruption.” The government decides what is a “serious disruption.”

Politicians around the world and of every political persuasion have a love-hate relationship with the media and protesters. Those in power seek to curb freedom of speech because it exposes nefarious activities undertaken to retain power. Those seeking power recognise it as an essential tool for gaining power, only to jettison their support once it has served its purpose. The result has been a perpetual struggle between media, the government and vested interests.

Recognition of both the power and danger of the press was immediate almost from the arrival of the first Gutenberg flatbed printing press on British shores. We know about Queen Elizabeth I’s stirring address to the troops at Tilbury  because she ordered the publication of the speech in a pamphlet entitled “To the Troops at Tilbury.”

Pamphleteering became the main medium of news and comment through the English Civil Wars and most of the 17th and 18th centuries.  And right from the start the government attempted to strangle—or at least control—the infant press. Their primary weapon was licensing laws which eventually succumbed to the tides of history and were allowed to lapse in 1695. Then there was the 1712 Stamp Act which imposed a tax on all printed papers, advertisements and newspapers. There was also the 1704 Sedition Law which ruled that any publications which maliciously undermined the affections of the people for the government were criminal. This included reporting parliamentary proceedings which were banned until 1774.

The Americans enshrined freedom of speech, press and assembly in the First Amendment of the Constitution. Almost immediately, they proceeded to ignore the much-vaunted amendment with the infamous Alien and Sedition Acts pushed through by the administration of John Adams. The section involving sedition severely curtailed free speech with 25 people—all from the opposing Republican Party—being arrested. One man, Luther Baldwin, was imprisoned because he drunkenly expressed the hope that a cannon salute to President Adams might find its way up the presidential backside.

The sedition half of the Alien Sedition Acts was repealed in 1804 but the half related to aliens, which authorised the President to imprison or deport aliens considered “dangerous to the peace and safety of the United States” remains in force today as the revised Alien Enemies Act.

Britain’s free press did not really emerge until after the Great Reform Act of 1832 opened the eyes of an expanded British Establishment to the value of a free press and its role in preserving a representative government to which it was now committed. However, it was not until the middle of the 19th century the last vestiges of the Stamp Act were repealed and the British national press took off.

Fleet Street became a political powerhouse and money-making machine that attracted big money and bigger egos. The press barons that emerged could literally make or break a British government. Freedom of the press was guaranteed less by formal laws than by competition between these powerful men who demanded what has become traditional British liberty in return for their support and membership of the British Establishment.

American geography dictated a different growth pattern and structure. The vast lands of the US meant that it was impossible until relatively recent times for national media coverage to develop. The result was thousands of newspapers, and later radio and television stations, whose first priority was reporting local news.

But that did not mean the end of the conflict between the national government and the media. The First World War saw the introduction of the Espionage Acts which prohibited “any disloyal, profane, scurrilous or abusive language about the form of government of the United States or the flag or the uniform of the Army or Navy.” A slightly watered-down version of the Act remains on the books and has been used against figures such as Daniel Ellsberg, Chelsea Manning and Edward Snowden.

It has been, is and will continue to be a struggle to maintain freedom of speech and press against vested interests and power-hungry politicians. In the meantime, the role of the media can be best summed by Wilbur Storey the publisher of the 19th century “Chicago Times”.  The role of a newspaper publisher, he wrote “is to print the news and raise Hell.”

Will Russia invade Ukraine? Will it achieve its goals with a threatened invasion? What are Putin’s goals? Mixed signals shoot out from every quarter. Ukrainian President Vlodomyr Zelensky is urging his country to not panic and at the same time be prepared for the worst and call on the West for more help. President Biden says a “minor incursion” would mean fewer sanctions. The White Hoyuse and State Department then said he didn’t mean what he said. Is Secretary of State Antony Blinken trying to persuade his Russian counterpart Sergei Lavrov to accept a deal on nuclear force levels in return for a promise not to invade Ukraine? If so, how would NATO react to that? And what about the Germans and the rest of the EU? Will they support sanctions that could hurt them almost as much as the Russians?  Will the Russians cut off Europe’s gas supplies or launch a cyber-attack if Europe joins America in fully-fledged sanctions against Russia? Finally, what is Putin planning? What are his aims? He has publicly stated that he wants to restore the Soviet empire. That he sees Ukraine as an integral part of greater Russia. That he wants legal guarantees that Ukraine will not join NATO. Are these negotiating positions, non-negotiable policy objectives or worrying statements to keep the West divided and off-balance? Has Putin now gone so far that he can’t back down? Does the Russian president think that he has a window of opportunity to achieve geopolitical objectives in the wake of the Afghan withdrawal debacle, EU divisions, a weak Biden Administration, an energy crisis, the pandemic, party gate, French elections and Brexit? As tensions continue to rise these are all factors that are being considered by the political cost-benefit analysts in Moscow, Washington, Brussels, London, Paris, Berlin….

Afghanistan remains the world’s number one humanitarian disaster zone with millions in the grip of a winter of hunger and cold. But politically the dust is beginning to settle and new priorities are emerging. Number one is what to do with the growing number of refugees flooding across borders into all of Afghanistan’s neighbours. Iran, Pakistan, Uzbekistan, Tajikistan and Turkmenistan. They all have tribal religious groups represented in Afghanistan’s complex tribal and ethnic mix. They are all sheltering refugees from their respective nationalities. But millions of refugees are not the only problem. There is also the danger of Afghanistan again becoming the base for international Islamic terror. It was Al Qaeda. Now the threat is from the even more hardline fundamentalists–ISIS-Khorramshahr Province (IS-KP). It is threatening to spread to all of the neighbouring states and is being carefully monitored by Saudi Arabia, the Gulf States and Russia. Pakistan would appear to be the biggest winner following the changes in Afghanistan. It has been a consistent champion of the Taliban. But the organisation’s close relations with Pakistani madrassas and the security services could spiral out of control and create a jihadist-type threat to the government of Imran Khan. There is also the fact that Khan’s government must appear to take a tough stand on terrorism in order to keep receiving much-needed funding from the IMF. The biggest loser in the geopolitical shift is India. They had established close relations with the anti-Taliban governments of Hamid Karzai and Ashraf Ghani in order to encircle arch-enemy Pakistan and reduce Islamic influence in Kashmir. The Taliban have long supported pro-Muslim Kashmiris based in Afghanistan’s northeast provinces. China is concerned about the Taliban’s traditional ties with the Turkestan Islamic Party which supports the Uighurs separatist movement in Xinjiang Province. It appears, however, that the Chinese have persuaded the new government in Kabul to stay out of Xinjiang in return for a big chunk of Chinese investment when the Taliban has a firmer grip on power. The Chinese are particularly interested in Afghanistan’s large lithium deposits and the prospect of reopening a key section of the old Silk Road. But none of this is likely until the Taliban is able to provide basic services, which is unlikely in the absence of Western aid and the face of the worst drought in 20 years followed by one of the worst winters.

It looks as if former Israeli Prime Minister Benjamin Netanyahu may escape the prison on charges of bribery, fraud and breach of trust. His lawyers are reported to be on the verge of successfully concluding a plea deal which will result in Israel’s longest-serving Prime Minister (15 years) swapping jail time for community service. There are, however, some snags: he will have to plead guilty to the crimes with which he is charged and he will be barred from seeking a return to elected office. The fiery 72-year-old may be on the verge of his final exit, but his right-wing policies live on. His successor, Naftali Bennett may be from a different party, but he is cut from an almost identical political cloth, even if the style with which he wears it is slightly different. This week he ordered the bulldozing of a Palestinian home in the Sheikh Jarrah neighbourhood in East Jerusalem. Sheikh Jarrah is in the Occupied Territories and a legal dispute over Palestinian property rights in the neighbourhood was one of the main causes for the riots that brought Hamas and Israel to the brink of war last year. Israel claims that the only Palestinians with a claim to land are those who can prove ownership pre-dating the 1948 establishment of Israel. The Israeli Supreme Court agreed. The Palestinians, the EU and UK disagreed and said that the bulldozing was contrary to international law. But the Israelis own the bulldozers.