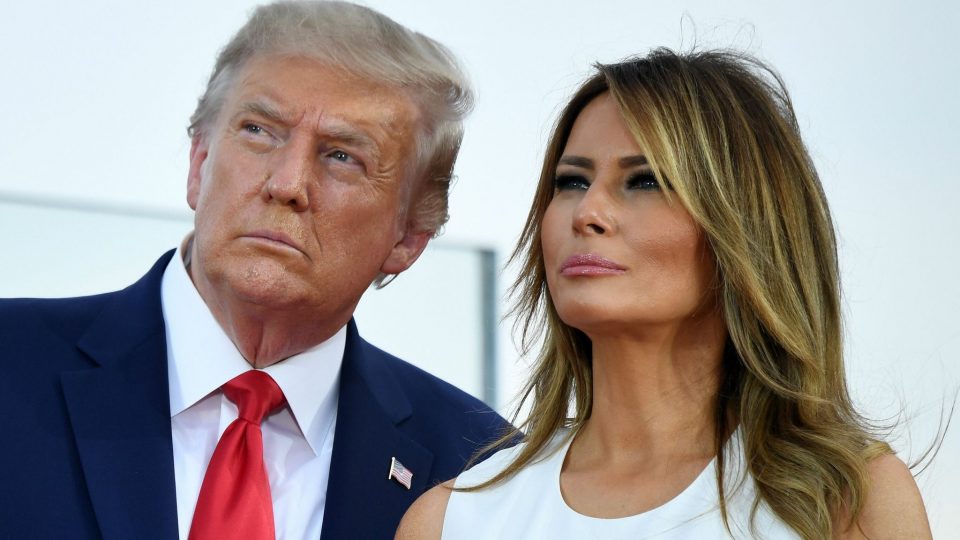 Throughout history, the Caucasus region has been one of the world’s key geopolitical fault lines and a potentially explosive ethnic, religious, cultural and political melting pot.

It links Europe and Asia. It connects the Black Sea to the riches of the landlocked Caspian. It straddled the Silk Road which connected the Turkic-speaking tribes which stretched from Anatolia to China’s troubled Xinjiang region. The Caucasus region is at the centre of dividing line between the Russian Orthodox Church and the Islamic world of Central Asia. It has been disputed, fought over and occupied by the Ottomans, Russia, the Mongols and Iran.

At the very heart of this fault line are Islamic Azerbaijan and Orthodox Christian Armenia. Separating these two countries is mountainous Nagorno-Karabakh; internationally recognised as part of Azerbaijan but with a majority ethnic Armenian population that has set up their own government (The Republic of Artsakh) which nobody—not even Armenia—recognises. However, Azerbaijan has not governed the area since 1988.

During the days of the Soviet Empire, the conflict between Armenia and Azerbaijan was smothered by political control from Moscow. But when the Soviet Union fell apart the two South Caucasus nations fell out over Nagorno-Karabakh. From 1988 to 1994 they fought a war which left 30,000 dead and displaced a million people from their homes. In the end, Moscow managed to broker a ceasefire, but not peace.

Since 1994 there have been sporadic clashes along a “Line of Control”, but this week the clashes quickly escalated into a proper renewal of hostilities. With the rest of the world distracted by the coronavirus pandemic and the US presidential elections, the conflict has the possibility to drag Russia and NATO Turkey into opposing positions.

Russia is doing its best to assume the honest broker position, but Turkey makes no bones about its diplomatic stance. It fully backs Azerbaijan and demands that the Armenians of Nagorno-Karabakh accept that they are part of that state.

There is strong evidence that the Azeris are using advanced Turkish drones against Armenia and the self-proclaimed government of Nagorno-Karabakh.  Azerbaijan also claims that one of their fighter jets was shot down by a Turkish F-16. Turkey denies the claim. But almost simultaneously, the Syrian Observatory of Human Rights reported that Syrian mercenaries were being flown to Nagorno-Karabakh in Turkish planes, and Armenia asserted that Turkish “volunteers” were turning up in the disputed province.

It seems that Turkey’s Recep Tayyip Erdogan has discovered the value of foreign adventurism and nationalism as a way of distracting the populace from domestic problems. Syria, Libya the Aegean and now Nagorno-Karabakh produce a rally round the flag effect coupled to dreams of Ottoman glory.

The battle for Nagorno-Karabakh has the added attraction of being linked to the concept of Pan-Turkism which is based on a complex mix of ethnic, religious, cultural and linguistic links that stretch back through time and central Asia from Turkey to Xinjiang. There has never been a pan-Turkic political structure, and in fact, the political philosophy that drove pan-Turkism did not emerge until the 1880s. In the wake of the collapse of the Ottoman Empire at the end of World War I, pan-Turkism was embraced the disgraced wartime leader Enver Pasha who died fighting for the cause in 1922. In recent years shades of pan-Turkism have been slightly revived by the creation of the six-nation Turkic Council formed in 2009 during Erdogan’s premiership.

Russia’s involvement in the conflict is a bit more ambivalent. It has a formal alliance with Armenia and two military bases there. But it also has good relations with Azerbaijan and supplies both sides with military hardware.  For 66 years both countries were semi-autonomous states within the USSR and the links that were formed during the Soviet years remain strong. Russia’s main interest is maintaining stability because adjoining the region is Muslim Chechnya and pro-Western headache Georgia.  Russia, along with France, is co-chair of the Minsk Group which is charged with overseeing the 1994 ceasefire.  Putin was quick to offer his services as an honest broker to end the current conflict. So far he has been ignored, as has a similar offer from French President Emmanuel Macron.

Russia is working hard at staying neutral. But it Turkey threatens dominance in an area Moscow considers part of its sphere of influence than it is likely to react.

A horrific week for President Donald Trump has been capped by the news that he and First Lady Melania have tested positive for coronavirus and—at the height of his flagging re-election campaign—have been forced into quarantine in the White House. The fact that the president has contracted the disease is no surprise given his almost total disregard for health-protective measures such as face masks social distancing. What is not clear is the effect Trump’s illness will have on the election. He is old and obese. Will the president become seriously sick and need to be hospitalised? Will he, God forbid, die? Will Melania become seriously ill or worse? Will the contracting of coronavirus produce a sympathy vote or the opposite? Will there be a second presidential debate on 15 October? Has Joe Biden contracted the disease from sharing the stage with Trump? Apart from the campaign, there are wider issues. The President of the United States, with the tightest security and best medical team in the world, was unable to avoid contracting the disease. Only two hours before being diagnosed with Covid-19 Trump told a rally that the pandemic was “on the way out.” Is his illness a wake-up call for those who claim coronavirus is part of an anti-Trump conspiracy headed by doctors in the Democratic Party and/or the “deep state”? And finally, what impact will Trump’s contraction of the virus have on moves towards reopening the US economy? Answers on a postcard, please.

Trump’s COVID diagnosis came just two days after what has been termed by the US media as the “national humiliation” of the first of three scheduled presidential debates. Opinions from around the world were even more scathing. China’s “Global Times,” said the debate reflected “division anxiety of US society and the accelerating loss of advantage of the US system.” Der Spiegel described it as “a TV duel like a car accident.” The Times said it was “an incomprehensible squabble…in which the clearest loser was America”, and The Times of India compared the debate to “mud wrestling…the US embarrassed itself before the world for 100 minutes.” The chief culprit was President Trump who interrupted, lied and bullied throughout.  The only possible excuse he may have was that he was out of his comfort zone of a carefully-orchestrated rally of thousands of placard-waving Trump supporters or stage-managed press conferences.

The most interesting points to emerge from the debate were Donald Trump’s continued condemnation of mail-in voting and his call to the Neo-Nazi White supremacist group “The Proud Boys” to “standby” to provide support when needed. The latter is the clearest and most dangerous indication of Trump’s increasing reliance on the violent far-right groups which the FBI report has become a major source of domestic terrorism. Trump claimed that the real source of violence was the American left, especially anti-fa. Not so, says the FBI whose statistics show that in the past 12 months 329 suspected murders have been committed by far-right White supremacist groups. On the left-hand side of the political spectrum, the figure is two.

Two other issues of the night – and the week–were Trump’s taxes and the nomination of conservative Catholic mother of seven Amy Coney Barrett to the Supreme Court. If Judge Barrett is approved by the Senate (and she almost certainly will be if they can fast track the process) then America’s highest court will have a strong conservative bent for decades to come. This means that rulings on issues such as abortion, Obamacare and immigration could be seriously revised or reversed. Possibly more important is the impact that a conservative (Republican) court could have on the outcome of the November election. Trump has already said he expects the election to end up in the Supreme Court. The last time this happened was in 2000 in the Al Gore v. George W. Bush election. At that time the court’s ruling was strictly along party lines and put Dubya in the White House. Another issue which may end up before the court is Trump’s taxes, especially after the New York Times revealed the president paid only $750 in federal income tax in 2016 and none at all in ten of the previous fifteen years. The implication is that Donald Trump is guilty of serious avoidance (at the least) or he is not the ultra-successful businessman he claims to be.

Brexit is very much back on the agenda for several reasons: One, the first deadline for an agreement has come and gone; two, the European Commission has threatened to take the British government to court for breaking international law and three, the possibility of a “no-deal” outcome from 1 January looms larger than ever. Negotiations, however, are continuing as neither side wants to be held responsible for a total breakdown. There are still problems overfishing, state aid and the jurisdiction of the European Court of Justice, but the main focus is on Northern Ireland and Johnson’s Internal Market Bill. Under the terms of the already agreed EU Withdrawal Bill, Boris Johnson agreed that the trade border between Northern Ireland and Eire would be drawn down the middle of the Irish Sea. Now Johnson is saying: “Forget that. Changed my mind”. His Internal Market Bill which passed the Commons last week and is now before the House of Lords says that the trade border will no longer be in the Irish Sea. In fact, there will be no new checks on goods moving from Northern Ireland to the rest of the UK and, furthermore, British ministers will have the right to modify or “disallow” EU rules or previous agreements and to override previously agreed obligations on state aid. And, so that the British position and consequences are absolutely clear, the bill says these powers apply even if they break international law.

A major scientific question has been answered. What noise does an alligator make when it inhales helium gas? We know what happens when children are allowed to fill party balloons with helium. They quickly stick the nozzle in their mouths and start talking like Minnie Mouse. But what effect does the gas have on the vocal cords of an alligator? A multinational team of scientists from the US, Austria, Sweden, Switzerland and Japan set out to find the answer to this vitally important question. They obtained a female Chinese alligator, lured it into an airtight chamber and then pumped in the helium.  The result won the scientific team an IG Nobel prize—a satirical scientific award which celebrates seemingly trivial achievements “that first make people laugh, and then make them think.” Oh, I almost forgot, what actually happened when the lady alligator inhaled the helium gas? She belched.