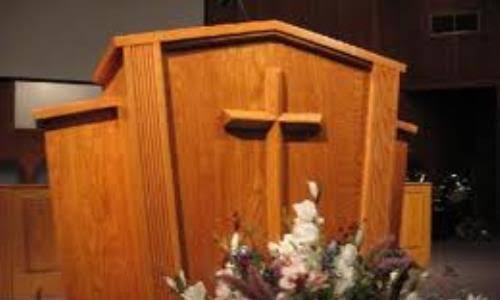 Pentecostal Fellowship of Nigeria has slammed the Federal Government over the gruesome killing of Rev Isaac Achi, adding that the government has failed to uphold its responsibility to safeguard Nigerians.

Bishop Oke expressed this deep sadness over the killing of the Catholic priest Rev. Isaac Achi by terrorists in a release.

Rev Isaac Achi was until his untimely death the Kafin Koro Deanery of the Minna Diocese of Niger State and the Reverend Father in charge of St Peter and Paul Catholic Church, Kafin Koro.

Bishop Oke expressed his shock and anger over the tragic burning death of Rev. Father Isaac Achi by thugs. This is but one of the mindless and heinous murders that characterise Nigerian society today.

Oke said: “Many Christians have suffered violence in the country, giving it the reputation of being one of the riskiest places for Christians to reside.” The sanctity of human life and the teachings of Jesus Christ are both violated by these atrocious acts of violence, which have no place in any society.

”The relatives of the victims, as well as the whole Christian community in Niger State and Nigeria overall, received his sincere condolences.”

Oke urged all Christians, regardless of denomination, to band together in denouncing these violent crimes and in praying for a stop to the horror and senseless killings that are ravaging our country.

The Cleric also urged the administration and law enforcement to fulfil their obligations to ensure everyone’s safety and cleanse the nation of criminals and terrorists.

PFN Urges FG to Release all Nigerians in Illegal Detention

Bishop Oke added: “The death of Rev. Father Isaac Achi is deplorable.” The government has a responsibility to safeguard the safety and welfare of all residents. Because our administration has been unable to stop the recent wave of violence, kidnappings, and terrorism across the nation, innocent lives are being lost.

It is time for them to act since the government has failed to uphold its responsibility to safeguard the populace, he said.

Oke continued by saying that the work of the church will continue even in the face of persecution. We shall continue to disseminate the message of Jesus Christ, which is the message of love, to everybody, despite these unprecedentedly terrible acts.

Then, he pleaded for all Nigerian Christians to unite against this evil and fight toward a just and peaceful society because, together, he said, Christians would triumph over the prejudice and violence that sought to split them.