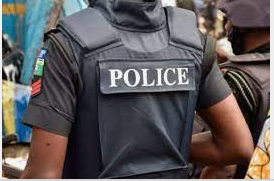 A security guard, Muhammad Kabiru, has been found slaughtered in Kasuwan Dare Market, a section of the Jos Ultramodern Market in the early hours of Saturday.

The management of the market said the deceased, who was a security guard at the said market was killed at midnight at his workplace as his corpse was found within the vicinity of the market.

The Chairman of Kasuwan Dare Market, Alhaji Jamilu Kabiru, while speaking to Daily Trust on the incident said, “Our security man, one of the most powerful and trusted, was found killed in the market.

“I was called by one of my colleagues in the morning on Sunday to see the corpse. It is a very sad and great loss indeed. We have reported the case to the police.

He said the deceased had worked as a security guard in the market for 15 years and they never had any problem with him.

The spokesman of the Plateau State Police Command, DSP Alfred Alabo, while confirming the incident, said seven suspects had been arrested as part of the ongoing investigation into the killing.

Alabo said, “The DPO of the area has started working on the case. Because of the nature of the case, seven suspects have been arrested. The investigation is going on. We are on top of the situation.”