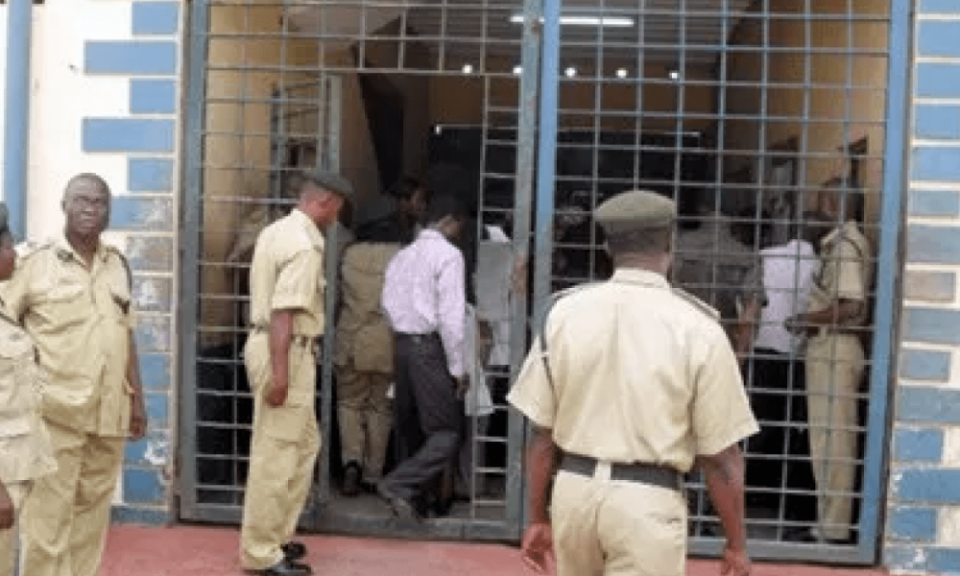 Inmates at the Nigeria Correctional Service in Eket Local Government Area of Akwa Ibom State on Saturday protested the alleged killing of their colleague by a prison officer.

A source who spoke on the condition of anonymity alleged that a prisoner was beaten to death by an officer of the command.

But in a swift reaction, the command said the inmate died after experiencing difficulties with breathing.

The prisoners destroyed property and broke four cells and called for the redeployment of the deputy comptroller in charge of NCS, Eket.

The prisoners, it was gathered tried to escape from custody but were caught by warders who fired gunshots indiscriminately and injured some of them.

“The clinic facilities, kitchen, storehouses, pantry and other facilities, including the condemned inmates’ cells and nearly all the facilities were destroyed,” a source said.

He explained that the inmates had created holes in the walls to ease their escape.

It was gathered that scores of heavily armed warders surrounded the hospital where the injured inmates were receiving treatment.

“The warders surrounded the hospital where the three inmates were hospitalised.”

Reacting to the incident, the Public Relations Officer, Josiah Ogbajie, who confirmed the incident said there was outrage on the part of inmates over the death of their colleague who died due to an ailment on Thursday.

Ogbajie, who refuted allegations that the inmate was beaten to death said when the deceased developed difficulties with breathing, he was rushed to the hospital but that he died on the way to the hospital.

According to him, when the news of his death got to his colleagues, they (inmates) alleged that the deceased was not properly taken care, which was why he died.

“It was a kind of agitation by the inmates concerning one of their colleagues who developed difficulties in breathing. He was not beaten to death. He just developed the problem and we rushed him to the hospital. He died on the way.

“Normalcy had since returned and there is peace now,” he said