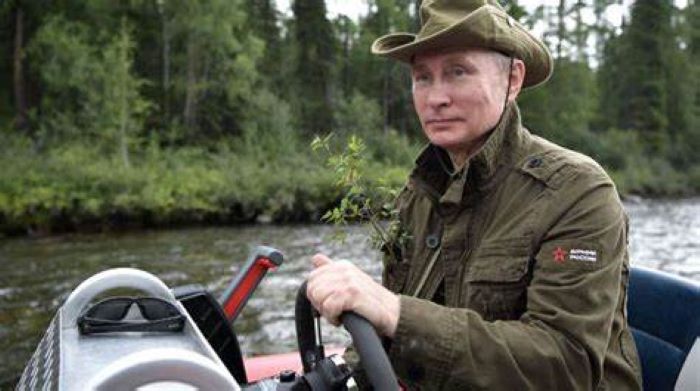 As Russia’s invasion of its neighbour Ukraine persists, leaders across the globe have responded with crippling sanctions against Moscow and Russian President Vladimir Putin in recent days.

The sanctions range from bans on banking and investments to asset freezes against Russian leaders, oligarchs and their families, as well as denied access to airports and airspace. Russia’s access to the SWIFT international payment system, considered crucial by many to the national and world economy, has also been reduced. Some nations support the unprecedented action of removing Russia from SWIFT altogether.

What has governments around the world done so far to hinder Russia from further escalating violence against Ukraine? Here’s a rundown.

The Treasury Department, along with key allies, targeted nearly 80% of all banking assets in Russia, barring the country from the global financial system and potentially affecting Russia’s economy for years to come.

The White House said Friday that the administration is preparing individual sanctions on Putin and Foreign Minister Sergey Lavrov, likely to include travel bans. On Saturday, the U.S. government and allies moved to block certain Russian banks’ access to SWIFT. Putin and Lavrov are also banned from accessing any assets within reach of U.S. officials and anyone in the U.S. is not permitted to do business with them.

According to a Feb. 24 press release, those sanctions include:

Canada’s first sanctions were initiated on Feb. 22, when the country said it would prevent Canadians from engaging in purchases of Russian sovereign debt and financial dealings with rebel-controlled territories Luhansk and Donetsk, Reuters reported. The government also said it would sanction members of the Russian parliament who voted to recognize those territories as independent and two Russian state-backed banks.

More: What are sanctions? What you need to know about the crisis in Ukraine

Japan said Saturday it would cut off some Russian banks from the SWIFT financial network, alongside the U.S. and the E.U., the Wall Street Journal reported. It will also sanction Russian officials. Japanese Prime Minister Fumio Kishida said he would freeze the assets of Putin and other Russian government officials, according to the Journal.

Those sanctions compound with ones Kishida announced Friday, including a halt on exporting military-use goods, Reuters reported.

The Czech Republic on Friday banned Russian airlines from flying to its country and is reportedly mulling additional sanctions, Reuters reported. Prague also plans to quicken its exit from two international banks set up in the Soviet era, as the finance ministry analyzes Russian companies’ access to Czech public funds, Al-Jazeera reported.

Taiwan Premier Su Tseng-chang said Friday the nation would join “democratic countries” in sanctioning Russia, Al-Jazeera reported. She did not specify what those sanctions would be but said the country would “harshly scrutinize” exports to Russia and “coordinate” with allies for further actions.

The government moved Saturday to directly sanction Putin, members of Russia’s parliament and some oligarchs.

New Zealand Prime Minister Jacinda Ardern said Thursday that her country’s lack of an autonomous sanctions law wouldn’t stop it from joining in the global condemnation of Russia, the Wall Street Journal reported.

New Zealand will implement travel bans on Russian government officials and other affiliated parties, place a ban on exports to Russia’s military and stop consultations between the Russian and New Zealand foreign ministries, according to the Wall Street Journal.

Russia Wants Ukraine Back To Soviet Union, China Wants Taiwan Back, Who’s Next?