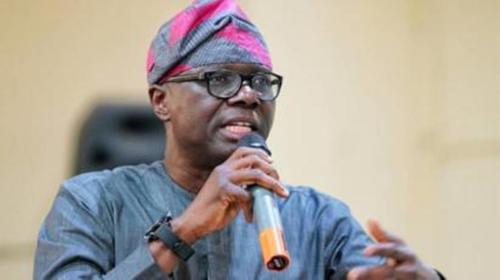 The Lagos State Government has reorganised, repackaged and returned the erstwhile Kick Against Indiscipline (KAI) Brigade to its functions in the state.

The KAI will replace the Lagos Environmental Sanitation Corps (LAGESC) though with the same officers.

Our correspondent reports that LAGESC was established following a new law that was signed by Ambode on March 1st, 2017 as part of the broad environmental sanitation reforms in the environment sector.

LAGESC then replaced the erstwhile KAI that has been in place under the administrations of Governors Babatunde Fashola and Asiwaju Bola Tinubu.

KAI, as an agency, was dreaded by many Lagosians as it was responsible for environmental sanitation and arrest of environmental offenders.

Several petty crimes and misdemeanours relating to the environment also fall under the purview of the KAI brigade. Marketmen and women also dreaded the KAI officers and tried as much as possible not to fall into their trap.

It would be recalled that the Commissioner for Environment, Mr Tunji Bello, had announced in December 2019 that Governor Sanwo-Olu had approved the repositioning of LAGESC to revert to the old KAI brigade.

He said necessary amendments into the law would be carried out to revert to the old KAI which was the original name.

He said the present pink uniform used by LAGESC would also be changed to the old uniform.

The move has now become a reality as the old KAI has returned.

Our correspondent observed on Tuesday morning some former LAGESC officers in their new green uniform with KAI written on it.

One of the unit commanders confirmed the development to our correspondent on condition of anonymity, saying he was not authorized to speak to the press.

“I can confirm to you that KAI is back. “We are no longer LAGESC. “We are now known as the Kick Against indiscipline (KAI) brigade.

“You can see we have changed our uniform from what it used to be. “But you can contact the Commissioner for Environment for further information,” the officer said.

When contacted, the Commissioner for Environment confirmed the development. “Yes, (KAI) has been returned to what it was when it was originally founded in 2003.

“The uniform then was a reflection of the Environment it was set out to protect and preserve. “The uniform that was changed did not reflect that. “It was harsh and anti-environment,” he said in a text message to Daily Trust.

Buhari Approves Physical Protective Measure For Telecommunications Across The Country