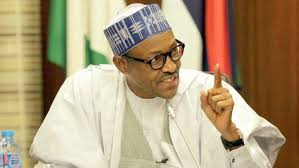 President Muhammadu Buhari has finally approved and also directed that necessary physical protective measures be put in place to safeguard telecommunications infrastructure deployed across the country.

This followed a proposal by the Minister of Communications and Digital Economy, Dr.  Ibrahim Pantami,  to the President to identify telecommunications infrastructure as Critical National Infrastructure, with a view to protecting them from vandalization and theft, amongst other things.

Recall that telecom operators and industry players had over the years been consistent in their demand for the Federal government to declare all telecoms facilities across the country critical national infrastructure but their request was never heeded to, leading to frequent vandalization of telecoms infrastructure in various parts of the country.

The Nigerian telecommunications industry depends on a number of infrastructures that plays a critical role in the smooth delivery of telecoms services.

These are part of Critical National Infrastructure (CNI) because of the important role they play, in ensuring security and in the delivery of other essential services.

As part of the policy of the Federal Government of Nigeria, the Minister of the Federal Ministry of Communications and Digital Economy, Dr Isa Ali Ibrahim Pantami, decided to champion the efforts to identify telecommunications infrastructure as Critical National Infrastructure, with a view to protecting them from vandalization and theft, amongst other things. The Minister, who disclosed this on Tuesday in a statement pointed out that the ongoing COVID-19 pandemic has led to a massive migration to digital platforms and has increased the level of importance of Critical National Infrastructure to the sustenance of our economy and the security of the nation.

“The Minister is delighted to inform stakeholders in the telecommunications industry that,  President Muhammadu Buhari,  has approved and also directed that necessary physical protective measures be emplaced to safeguard telecommunications infrastructure deployed across the country,” the statement said. With the presidential directive, the Minister said the Office of the National Security Adviser (ONSA), Defence Headquarters (DHQ), Nigeria Police Force (NPF), Department of State Security Services (DSS) and the Nigeria Security and Civil Defence Corps (NSCDC), have been notified of Mr President’s directive and are expected to enforce same as directed.

While, appreciating the security institutions, and commending them for their commitment in securing this infrastructure, he noted that the ministry is also working towards the reinforcement of the directives through appropriate regulatory instruments.

“This is evident by the recent ‘Nigeria’s Gross Domestic Product Report’ released by the National Bureau of Statistics (NBS) which showed that the ICT sector contributed an unprecedented 14.07% to the total real GDP in the first quarter of 2020.

“The Minister is truly grateful for the timely approval of  President Muhammadu Buhari, and we are confident that this will address the challenge of vandalism of our Critical National Infrastructure. “It will also go a long way in supporting the implementation of the National Broadband Plan (2020-2025),” the Minister said.

He, however,  urged the Mobile Network Operators (MNOs) to ensure that they further reduce the price of data and calls for citizens to reciprocate the government gesture. He also advised them to submit a comprehensive list of their facility locations all over the country.