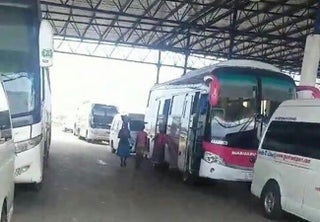 Abdullahi, who is a former governor of Nasarawa State, commended Buhari for standing out to the challenges of insecurity.

He argued that the border closure was curing many ills afflicting the nation, including the failing economy and corruption menace.

The Senator, who addressed journalists on Wednesday on the issue said that the opposition to border closure was coming mainly from two main quarters.

He said neighbouring nations’ smugglers and profiteers of the border closure, were mounting pressure on the President to reopen the border.

He said that Nigeria has to first consider its survival before considering the impact of the closure on neighbours.

He said Nigeria must lay the foundation for its growth to prop her industries to grow.

He said the border closure must continue until, “when the unbridled appetites for foreign consumption are brought to perpetual control’”

He added that Nigerians must be made to emulate other countries’ nationals consuming what they produce.

‘He said, “Our neigbouring countries have become gateways and transit route for all manners of commodities ranging from automobiles to foodstuffs such as rice, corns, sorghum, palm oil, tomatoes, eggs, and dairy products.

‘’The Republic of Benin became one of the world’s top importers of rice because of its Nigerian market. Almost all of the rice it imported from Thailand, Indonesia among others, found its way to Nigeria through the Seme border.

Oil Discovery in the North: We Don’t Want to Experience What’s Happening to Niger Delta-Host Communities