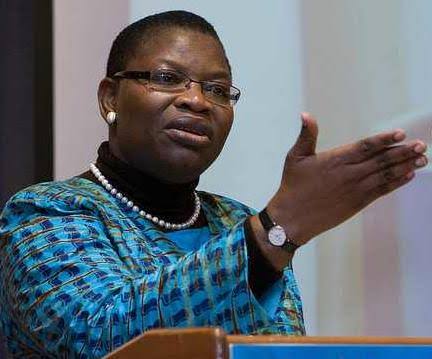 Convener of #BringBackOurGirls and former Minister of Education, Dr Oby Ezekwesili has described the rearrest of Omoyele Sowore in court as an aggression  from the executive to the judiciary.

Ezekwesili also lamented that the DSS chased away the presiding judge, Justice Ijeoma Ojukwu and brutalized a reporter with a renowned television station.

While reacting to the re-arrest of the duo, Ezekwesili in a statement on Friday described the incident as an aggression against the Judiciary by the Executive arm of President Muhammadu Buhari.

She wrote: “President @MBuhari, the whole world is watching the video of officials of the State Security Service which you directly supervise, brutally violate the constitutional rights of a citizen @YeleSowore inside a court and desecrated our Judiciary- an independent arm of government.

“I urge my fellow citizens who are reasonable enough to know that today’s episode amounts to full aggression against the Judiciary by the Executive arm of @MBuhari and portends an extremely dangerous development. We must all stand to defend our hard-won Democracy. We must.”

Recall that Sowore and his co-defendant Olawale Bakare were released by the DSS on Thursday evening after the Federal High Court, Abuja, ordered his release within 24 hours, about four months after he was arrested.