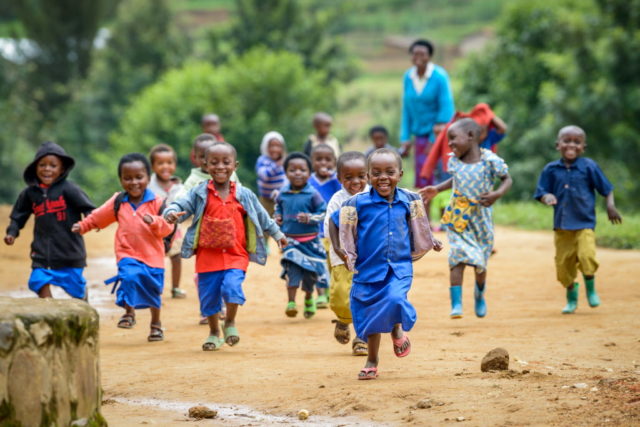 There was panic among residents of Amadi Street in Port Harcourt, the Rivers State capital, on Sunday after a strange woman disappeared with two kids at a playground located in the area.

The kids were identified as three-year-old Goodnews Friday and one-year-old Prosper Solomon.

Speaking on how his daughter was taken away, Goodnews’ father, Nelson Friday, said the incident happened after the family returned from church around 2.00 p.m.

He said on Tuesday that the children were at the playground when an unidentified woman came and lured Prosper away, while his daughter followed them.

Nelson explained that a young lady, who saw the strange woman with the two children, did not raise the alarm because she thought that the woman was related to one of the kids.

“Soon after, my first daughter came in and asked if I had seen Goodnews; I told her that I did not see her. One lady saw them and asked the three-year-old girl where she was going and the little girl said she was following Prosper.

“She said the woman turned her face away and quickly took the children away. The incident happened around 2.00 p.m. after we came back from church. After we look for them that Sunday and could not find them, we rushed to the church.

“Later, we went to the police station at Amadi and we were told to wait for 24 hours. Even yesterday (Monday), they did not say anything encouraging and we decided to go to the Mile One Police Station, when we heard that they caught somebody with stolen children.

Top 5 Biggest Churches in the World all in Nigeria