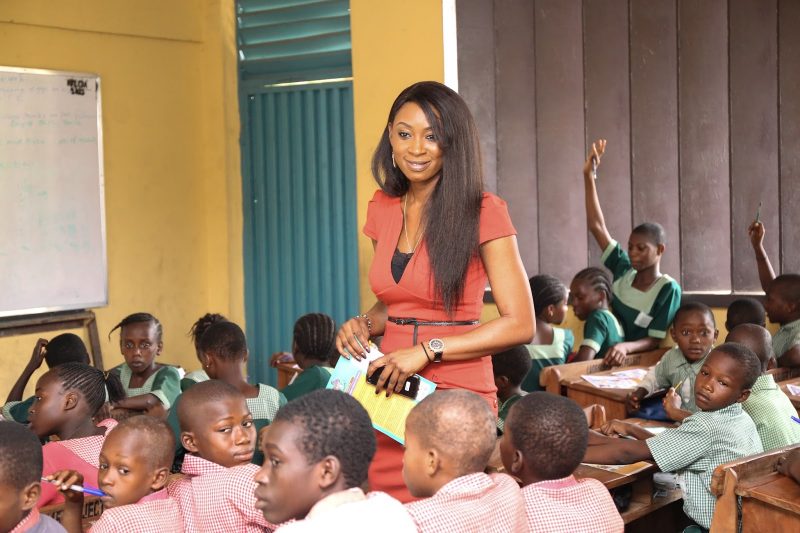 Often a time, we celebrate achievements, successful people, talented persons, and the likes while we fail to hold in high regard, the potters who moulded them, the pedagogue who effectively incubated such talent while it seemed to be nascent in its embryo stage, the teachers who actually tutored these achievers.

Society has failed to appreciate its teachers over time. This has, in my view, resulted in a spattering number of influences on society.

The teaching profession being observed from a general sense, is amongst the oldest professions in the world, if not the oldest, practically. Matter-of-factly, certain philosophers whose works have always been alluded to for centuries and recently, where teachers- Socrates tutored Plato, while Plato taught Aristotle.

Also, in the religious sojourn, Jesus, the apostle Paul, and Muhammed(Saw) were all teachers in the general sense. Parents would also be referred to as teachers in this sense.

However, this tribute goes to the actual nation builders, the persons who have sacrificed their lives and shed their blood of knowledge on the cross of education for the remission of illiteracy and underdevelopment- the professional teachers.

Aristotle said, “Teachers, who educate children, deserve more honour than parents, who merely gave them birth; for the latter provided mere life, while the former ensure a good life.” I strongly align myself with this cogent fact.

My alignment with the aforementioned quote does not purport to displace the role of parents in nurturing a child, but rather places a teacher, parent, and an achieved person on an abstract scale where the teacher appears to be the most weighty of all three.

Little wonder why countries like Germany, Denmark, Ireland, the United States of America, and Luxembourg place teachers at the highest pedestal in the hierarchy of importance.

As opposed to the misruled Nigerian society, whose misrule is likewise, a reflection of this discourse; wherein the common student never hopes to be a teacher someday, these nations understand teachers to be nation builders; not just some random professionals. This has, of course, birthed many a number of developments to their credit.

Yes, Education is key, who educates? Who gave the politicians the simplest definition to democracy? Who helped the Doctor cultivate a keen interest in basic sciences? To whom does the lawyer’s eloquence owe? Certainly, teachers.

Ultimately, I stand as a devil’s advocate against the long-lived “farmer-teacher” debate. Who dare says that a farmer is more important compared to a teacher? The farmer, like every other professional, selfishly harvests to feed himself or for economic purposes without some extra psychological diligence.

Practically, having fed the nation, the digestive system takes its place and food is passed out of the body. This is unlike the teacher, whose impact lives on, who ensures the smooth transition in the generational chain of information, details, knowledge and understanding with a touch of highly placed psychological intelligence and diligence.

That is to say, A teacher, by virtue of his professional calling, is bound to meticulously put into practice, some sort of interpersonal social psychological skills, and a high level of emotional intelligence, while he interacts with his students.

Nicholas Ferroni, “Educators are the only people who lose sleep over other people’s kids” the veracity and authenticity of this statement can not be overemphasized, as my parents happen to be passionate educationists; of whom I’ve procured practical evidence..

All these, to say that teaching is the best and most important profession in the world, therefore teachers should be appreciated and well-respected. Appreciation of teachers should, however, extend to lectures or teachers in higher institutions.

It shouldn’t be heard of the most populous country in Africa, having gained her independence some sixty-one years ago, still battling to keep up with lecturers’ salaries and entitlements, giving birth to a 6months strike action for the ASUU Union while no such thing has ever occurred or been heard in history to have happened to members of the legislative houses, nor executive bodies.

This is just evidence of the failed leadership system in which only the teacher can change by nurturing ethics in the mind of individuals from infancy.

Conclusively, it’s the opinion of this writer that, In a bid to achieve a better society where politicians are not viewed to be egocentric, where the society does not look up to musicians and entertainers for unethical content, the government sets up a feasibly realistic method of compensation for teachers, ensure a long-lasting pension scheme for teachers, pay them handsomely, then we have a better Nigerian society.

A law student at the Lagos state university

Both parents happen to be teachers.