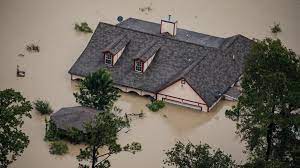 The Nigerian Meteorological Agency (NiMet) and the Nigeria Hydrological Services Agency (NIHSA), says there is a good chance that more states may experience flooding in the days to come, particularly in the North Central, South East, and South Western States.
At the workshop on hydro-meteorological status and outlook system’s opening ceremony, NiMet Director-General Prof. Mansur Bako Matazu and Nigeria Hydrological Services Agency (NIHSA) Director-General Mr. Clement Nze provided the signal (HydroSOS).
According to the NiMet DG, there will be high intensity rains in the upcoming days, and when combined with the dams being opened, there will be further flooding.
Massive flooding in the states of Benue and Kogi is reminiscent of the floods of 2012. Deaths and property losses amounting to billions of naira have been caused by the most recent floods.
“Recall that we predicted above-average rainfall for the majority of the country in February and continued to do so with monthly updates. We have now reached the top of rainfall-induced flooding, but keep in mind that this precipitation is gathered in dams and reservoirs, and anytime they are filled, it spills out.
Therefore, the Lagbo Dam was opened on September 13. Additionally, the Kainji and Shiroro dams were also opened. Riverine flooding is what we’re seeing right now, according to Prof. Matazu.
And according to the data we’re receiving from NIHSA, there will be additional floods. The North Central and southern states are currently the focus of the rain. Therefore, a combination of brief, intense rain and riverine floods will occur. As a result, we can expect to see additional flooding in the north central states, like in Kogi, as well as the south eastern and southern states, like we are starting to witness in some areas of the South West.
He added that once the full effects of climate change start to be seen on our planet, risks related to water are going to worsen in the years to come.
“Water-related hazards including floods and droughts have, in many regions of Africa, become a major cause of food shortages, strains on livelihoods, health risks, and conflicts.
You can read more of such stories at The Cheer News
Teenage Boy Dies In Bayelsa Flood
Thousands Forced To Leave As Flooding Covers 17 Communities In Imo
The flood that occurred, according to the DG NIHSA, was mostly brought on by rainfall rather than dam releases.
He added that the rise in water levels in the Rivers Niger and Benue, along with the fact that some people had constructed on flood plains, made the floods unavoidable.
The Nigerian Meteorological Agency (NiMet) was the first organization in the world to use the HydroSOS, according to Alan Jenkins, the deputy director of the UK Center for Ecology and Hydrology.
You can read more of such stories at The Cheer News and Credible News