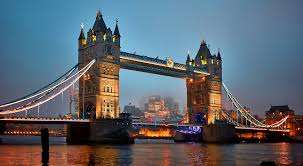 The British government said the immigrants from Nigeria are the ones that bring the most relatives to the country.
Suella Braverman, the UK Home Secretary, was quoted by The Times UK as suggesting that the government was thinking about strengthening the laws governing dependents.
This came about after Home Office immigration statistics revealed a discrepancy in the number of people from various nations coming to the UK to work and study. In spite of the fact that Nigerian students made up just 7% of all foreign students during that time, analysis of the Home Office information reveals that Nigerians made up 40% of all dependents who traveled with foreign students in the year leading up to June 2022.
The British Government granted study visas to 34,000 Nigerians, who brought with them 31,898 dependents in total. In the year leading up to June, 8,972 Nigerians were granted work visas, and they brought 8,576 dependents with them.
Comparatively, the data reveals that 24,916 dependents were brought to the UK by 93,049 Indian students who arrived there last year, while 114,837 Chinese students brought 401 dependents with them.
“There were 117,965 awards made to Indian citizens in the year that ended in June 2022, up 80,569 (+215%) from the previous year. In the year ending in June 2022, Chinese citizens received 115,056 sponsored study visas, which is 4% fewer than the 119,825 visas issued in the previous year.
The third-biggest nationality group in the most recent year, Nigerian nationals witnessed the largest relative gain in Sponsored Study grants compared with 2019, rising by 57,545 (+686%) to a new high of 65,929, according to the Home Office.
“This is the highest on record in our time series,” a Home Office representative said  in a chat. “The large increase represents both a rebound from lower levels during the Covid-19 epidemic and an increase over the pre-pandemic period.”
You can read more of such stories at The Cheer News
Nnamdi Kanu Gets Court Hearing To Compel the UK To Get Into His Case
In A Few Days, We Can End The Strike- ASUU
It has been reported that thousands of Nigerians reportedly leave the country each week in quest of better living conditions. This is often referred to as “Japa” “To run, flee, or escape” is the meaning of the Yoruba word.
The 1970s and 1980s saw the first wave of “japa” in Nigeria. The young people of Nigeria fled to the West, including the US and UK, while some ventured astray to Ukraine due to military coups and a turbulent economy.
You can read more of such stories at The Cheer News and Credible News

ALERT: NiMet Advises Nigerians To Get Ready For Further Flooding

#RussiaUkraineWar: Each Country List Its Area Of Crippling Sanction Against Russia