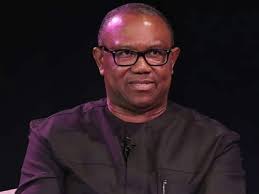 Alhaji Mukhtar Shagari, a former deputy governor of Sokoto State, has disclosed that he was approached to serve as Mr. Peter Obi’s running partner but turned down the offer.
As a leader of the Peoples Democratic Party (PDP), he asserted that he firmly thinks that the PDP will always be victorious against the Labour Party in elections.
Alhaji Mukhtar Shagari made a statement in an interview with Channels TV Politics Today.
He asserts that “lofty ideas” are not necessary to address Nigeria’s problems.
For instance, Shagari cited the absence of the Labour Party from his hometown of Sokoto.
I was asked to be Peter Obi’s running companion, he stated. I informed them that I would be unable to leave my party because I firmly believe in its guiding principles, in what it stands for in Nigeria, and in the fact that the Labour Party will never be able to defeat it in an election.
You can read more of such stories at The Cheer News
Peter Obi Cannot Survive Tinubu&#8217;s Debate For Five Minutes- Fani Kayode
Mbaka Denies Prophesying Against Peter Obi
“What’s going on? That are the young people who you stated there were so many of? Tell me who the actual chairman of the Labour Party in Sokoto State is, I pleaded with the Labour Party members who got in touch with me. Who are the Labour Party’s candidates in Sokoto State? For the Senate, who is running? I received no useful information regarding who is running for governor or anything else.
The problem is that Nigerians are always looking for solutions to the ills and difficulties plaguing their nation, whether they be in the areas of infrastructure, security, economics, or alleviating poverty. They are not searching for high concepts.
You can read more of such stories at The Cheer News and Credible News