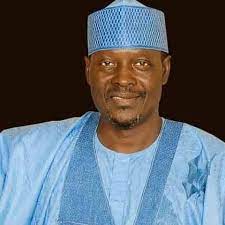 Alhaji Abdullahi Shuaib Yaman, the Peoples Democratic Party (PDP) candidate for governor in Kwara State, claims that the All Progressives Congress (APC), which has been in power for the past three years, has already driven itself from the state’s political scene.
This was said by Yaman during a discussion with the state’s reporters chapel of the Nigeria Union of Journalists (NUJ).
He claims that the state’s ruling party has put Kwara in reverse gear and has refused to think creatively about how to best utilize the state’s enormous potentials to generate riches for its people.
The PDP candidate, who formerly served as a commissioner on the Revenue Mobilisation Allocation and Fiscal Commission (RAMFC), claimed that the APC has only caused the state to face a severe financial issue.
Alhaji Abdullahi Shuaib Yaman claimed that the PDP administration will make use of Kwara’s abundant natural resources to increase wealth if it were to win office in 2023.
“The APC’s leadership is illiterate, and it has already driven itself from office. The most crucial questions are not ones that our electorates pose. No ethical government would ever incur debt.
“Kwara is generously endowed with sufficient resources to establish production hubs for outgoing and productive adolescents from which we may collect taxes to fund the social infrastructure component of governance, such as social security, health care, and education.
You can read more of such stories at The Cheer News
Tinubu Will Select The Events He Will Go To- APC
Ban On Unapproved Political Rallies: Wike Is Up To Destroy Opposition- APC
Going to Abuja each month to request an oil allocation to bring and spend in Kwara is insufficient. A governor is not primarily elected to spend money because any idiot on the street can do it.
As of right now, Kwara state owes more than N100 billion in debt, and we pay as much as N1.3 billion in interest each month, he continued.
He asserted that the state’s APC administration has demonstrated egregious ineptitude by failing to bring Kwara prosperity as promised in 2019.
You can read more of such stories at The Cheer News and Credible News