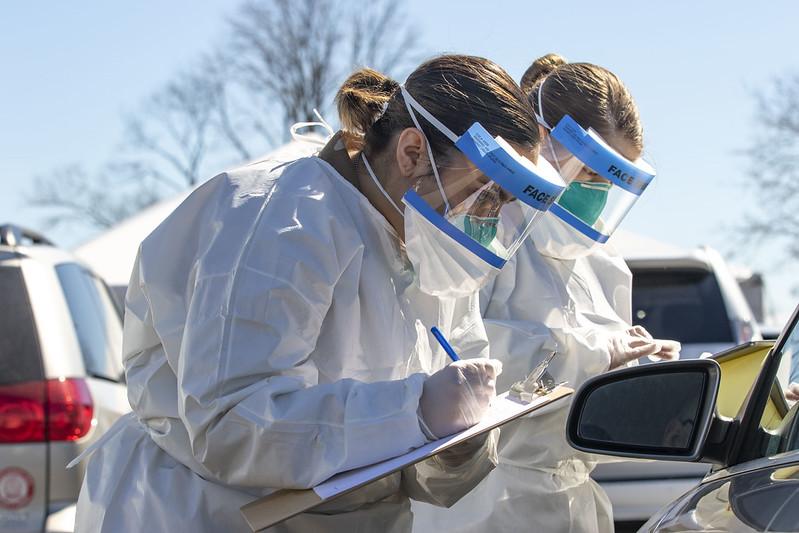 THE United States (U.S.) has recorded all high 20,506 COVID-19-related deaths, overtaken Italy’s highest COVID-19 death toll in the world, according to data from multiple sources.

Tallies by Johns Hopkins University, New York Times and Reuters news agency, all show that the country had no fewer than 20,506 COVID-19-related deaths.

On Friday, the U.S. also became the first county in the world to record no fewer than 2,000 deaths in a single day.

As of Saturday evening, there were no fewer than 528,301 confirmed cases of the deadly virus across the country, according to the New York Times database.

Public health experts are warning that the U.S. death toll could reach 200,000 over the summer if stay-at-home orders are lifted after 30 days.

President Donald Trump has always argued that his country is reporting the highest figures because it is conducting more tests than any other in the world.

Data compiled by Worldometer, a reference website that provides real-time statistics for diverse topics, show that the U.S. had conducted over 2.6 million tests as of Saturday evening.

This is twice higher than tests carried out by Germany and Russia, the closest countries with no fewer than 1.3 million and 1.1 million respectively.

The website has no data on the number of tests conducted by China where the virus broke out in December.

China’s COVID-19 cases and deaths stood at 8,052 and 3,339 as of Saturday, figures dismissed by U.S. politicians and activists as a downplay.

The US tax service said on Saturday that the first COVID-19 economic relief payments had been deposited into taxpayers’ bank accounts.

The payouts are part of the $2.2tn (£1.7tn) stimulus package Congress passed in March to combat the pandemic’s effect on the US economy.