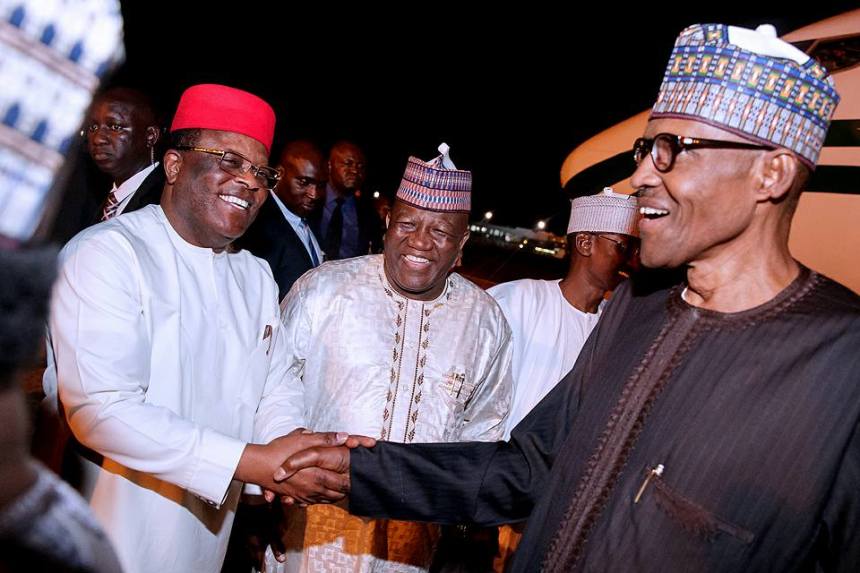 Governor David Umahi of  Ebonyi State has vowed to remain in the People’s Democratic Party, PDP, contrary to insinuations of decamping to All Progressive Congress, APC.

Umahi reaffirms that he’s still a strong member of PDP and not the ruling All Progressives Congress.

Speaking in this regards, Barr. Uchenna Orji, who double as the commissioner for Information and State Orientation/Human Capital Development and Monitoring, made this clarification on Monday in Abakiliki.

Orji described the action of the actors as mischievous and childish, stressing that it was a misrepresentation of the state governor’s view.

He insisted that the actors were desperate to cause disaffection.

Orji said: “In their desperate attempt to cause disaffection against the State Government, they mischievously misrepresented the Governor as saying: ‘I am the only Governor that belongs to PDP and APC.’

“This blackmail is nothing but a cheap and childish fabrication that is irritably displeasing to the sensibilities of the ordinary man.

It is a common sense that no one party member in Nigeria can belong to another political party at a time.

“The Governor never said that he belongs to APC. He is unshakably a PDP Chieftain and has been great party man, whose track records as historic State Party Chairman and currently PDP Governor and leader in Ebonyi State are known and admired by people of good will.”