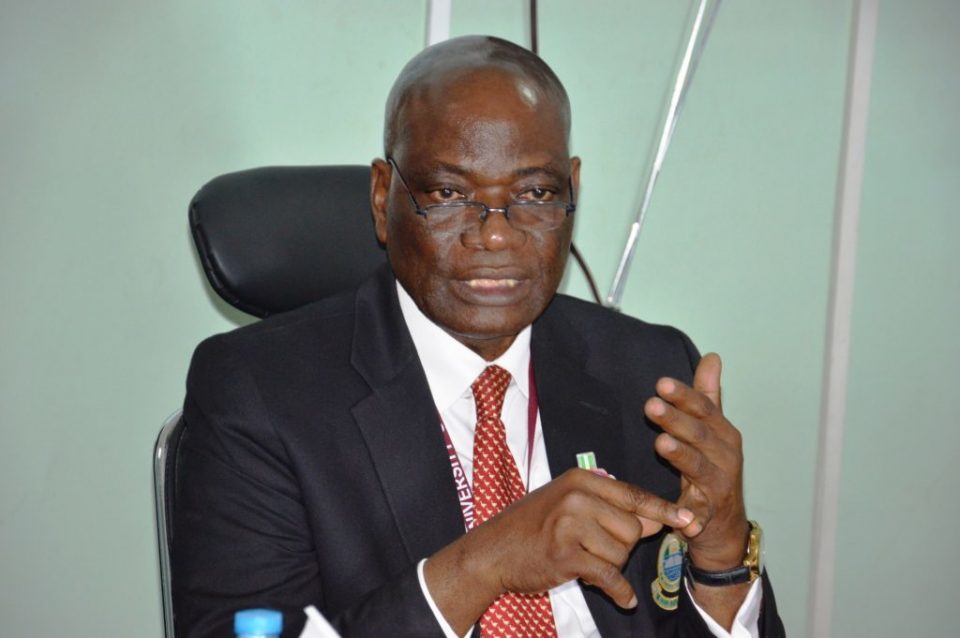 In a release made available to TheCheer early hour of Thursday said the council’s stands on Professor Oluwatoyin Ogundipe’s sack as UNILAG vice-chancellor holds.

He said: ‘My attention has been drawn to a document circulating under the hand and signature of the former Vice Chancellor of University of Lagos, Professor Oluwatoyin T. Ogundipe, FAS. The letter purports to deny his removal by the Governing Council of University at its Emergency Meeting of Wednesday, August 12, 2020.

”For the avoidance of doubt, I am in my capacity as Registrar and Secretary to Council the only custodian of the minutes of Council and the authorizing officer on behalf of Council to issue official statements pertaining to all Council Affairs.

“Members of the public are hereby advised to totally disregard the statement attributed to the said former Vice Chancellor. The position remains that he was lawfully removed by the Governing Council at a meeting fully attended by all Council members.

” I also wish to use the opportunity to inform members of the public that Council at the said meeting duly appointed Professor Theophilus Omololu Soyombo of the Faculty of Social Sciences, University of Lagos as Vice Chancellor of the University in an Acting Capacity.” 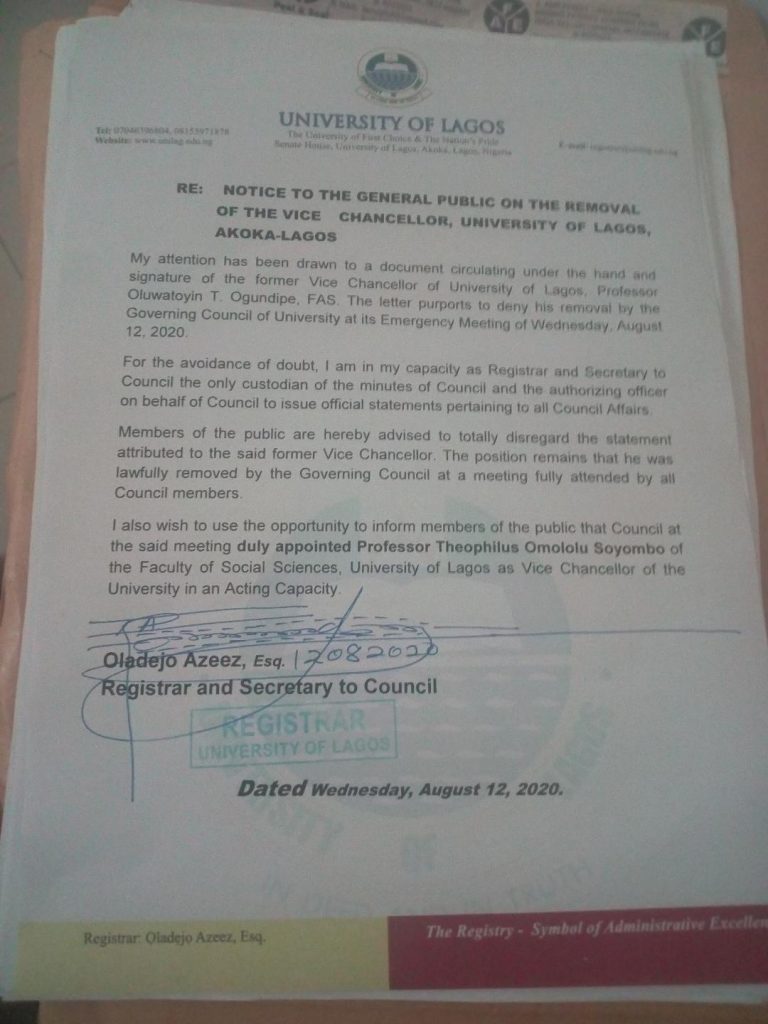 NYSC Trust Fund: Companies To Pay N2m or One Year Imprisonment For Failure To Remit 1% Income