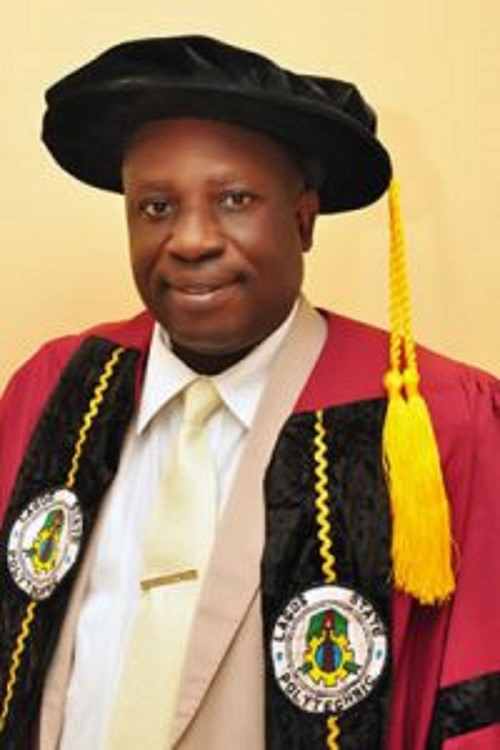 A Coalition of Civil Society Groups has called for the suspension of the Rector, Lagos State Polytechnic (LASPOTECH), Mr Samuel Sogunro pending the outcome of the Visitation Panel set up by governor Babajide Sanwo-Olu on the crisis rocking the institution.

The staff union of the school and the management led by the rector, have been on warpath in the last seven months over issues bordering on what they termed a wrong implementation of policy.

The union are accusing him of the wrong implementation of Consolidated Tertiary Institution Salary Structure (CONTISS) 15 migration, poor welfare conditions, harassment of both workers and students.

Other allegations are, mismanagement of funds of the school among other issues.

The visitation panel set up by the Governor Sanwo-Olu recently was meant to unravel all contentious issues and offer recommendations.

They insist that his suspension as rector would guarantee a thorough, unbiased, objective and meaningful exercise by the panel.

The group alleged that there was an orchestrated ploy from some quarters to undermine the good intention behind the panel.

Buna said: “Coalition of Civil Society groups is convinced that an unbiased and thorough investigation by the panel is sine qua non to finding a lasting solution to the hydra-headed challenges facing the institution.

“We are disturbed that the governor’s attempt at unravelling the real issues and causes risks serious jeopardy given the recent subterranean moves to stonewalling the investigation.

“We are indeed worried that the Rector is determined to mislead the panel; hinder free and fair investigations; obstruct the cause of truth, justice and undermine the fact-finding mission of the governor.

It is therefore pertinent to alert Governor Sanwo-Olu and the general public that attempts are already underway by vested interests within the current management and administrative circles in LASPOTECH to render the panel ineffective and eventually turn it to mere rubber-stamp of the whimsical and capricious intent of those behind the crises in LASPOTECH.

We consider it compelling and urgent for His Excellency to ensure that the panel carries out its assignment without hindrance, undue influence and manipulation.

How Ihedioha saved UBEC with 3.8 billion — Commissioner (Opens in a new browser tab) And towards achieving this, we consider the intervention of Governor Sanwo-Olu in ensuring that the management headed by the Rector, Mr Sogunro steps down forthwith as highly critical.

Moreso, given the widespread shenanigans, distrust, and impunity in LASPOTECH, it would only be fair and just that the management headed by the current Rector be asked to step aside pending the conclusion of the investigation by the panel.

We appeal to Governor Sanwo-Olu to act dispassionately and timely in ensuring that no effort is spared in ensuring that the panel unravels the whole truth and nothing but the truth about the disturbing crises in LASPOTECH,” Buna said.

Reacting to the development, the Institution’s Public Relations Officer, Mr Olarenwaju Kuye, said the Management has nothing to hide.

According to him: “If the Management is not on ground, how will the panel work? I am sure those calling for the suspension of the management are not familiar with administration.

The management has nothing to hide,” Kuye said.