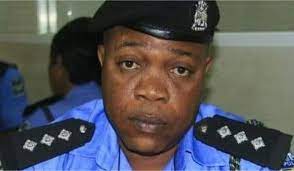 Ahmed Yusuf, an assistant superintendent of police in Kwara state (ASP), was rescued after being taken last week from his home in Oloje.
Ahmed Yusuf, a member of the Inspector General of Police monitoring team attached to the Kwara State Police Command, was saved by the police, Amotekun, hunters, and vigilantes, at 2:30 am on Sunday at a bush boundary between Kwara and Oyo State .
The brazen way in which the senior police officer was abducted caused a public uproar in the neighborhood.
You can read more of such stories at The Cheer News
Two Female Corps Members Kidnapped In Plateau
Three Children In Abuja Escape From Kidnappers&#8217; Den
According to reliable information from City & Crime, the kidnappers had previously wanted a N7 million ransom.

Following intense pressure from the rescue crew, the six criminals abandoned the victim, according to Police PRO Ajayi Okasanmi, who confirmed the event on Sunday.
“The ASP is currently getting a medical examination as effort is being pushed to get the abductors arrested for prosecution,” he claimed.
You can read more of such stories at The Cheer News and Credible News