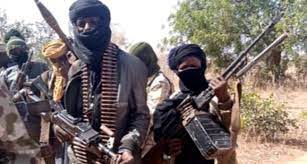 On Monday night, Salisu Idris, the village chief of Nyalun community in Wase Local Government Area of Plateau, was assassinated by gunmen believed to be bandits.
Two more locals were also killed by gunfire from the alleged bandits.
While verifying the event, DSP Alabo Alfred, the Plateau State Police Command’s spokesperson, claimed three individuals were killed in it and that more information was still lacking.
Residents said that the victims were killed in the village when the gunmen rode up on motorcycles and began firing erratically.
Residents told our correspondent that the intruders, who broke into the village at around 8 o’clock, kidnapped five people, including his two wives.
You can read more of such stories at The Cheer News
Borno Residents Weep As ISWAP Kills Eleven Farmers
Flood: Snake Scare Increases In Lokoja As Water Subsides
According to Shapi’i Sambo, a youth leader in Wase, the gunmen also stole a significant quantity of motorcycles.
“The attackers came in their numbers and started shooting irregularly,” the youth leader stated. They immediately rushed to the home of the traditional leader, assassinated him, and kidnapped five members of his family. Before going into the village house, they also killed two more persons.
You can read more of such stories at The Cheer News and Credible News

Bayelsa’s Flood Crises Worsens As Bodies Float Out Of Cemeteries.

Observations of an Expat: A Bad Year