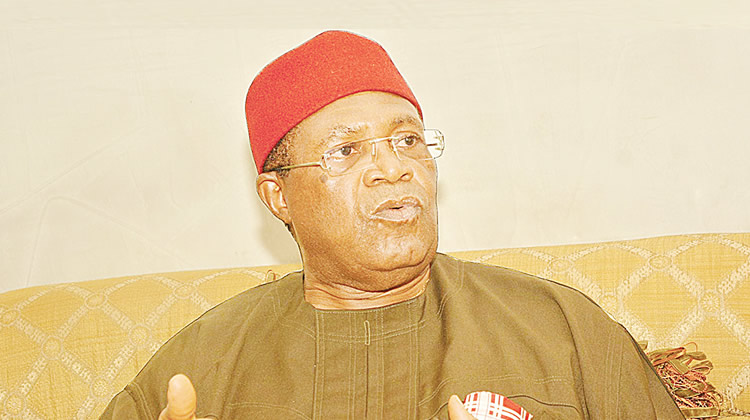 The release of IPOB leader Nnamdi Kanu, according to Okwesilieze Nwodo, a former governor of Enugu State, will lessen tension and increase security in the region.

This was said by Nwodo in a Political meeting Today in an interview on Channels TV.

Nnamdi Kanu was exonerated on Thursday by the Court of Appeal in Abuja of the charges of terrorism and treasonable crime.

Nwodo said “I can tell you that not just myself but the leadership and the people of the South East are pretty satisfied with the verdict in the Court of Appeal about Kanu’s case,” the former PDP national chairman remarked. Since the extradition, I have been following this case.

AK- 47: Military Warns Ortom- Don’t Ask For Anything You Don’t Have the Authority To Get

“The leadership in the South East has always believed that a political solution to this issue will be more successful than a legal one; yet, the Federal Government, in its wisdom, has continued to monitor this situation”.

“As a result, we will continue to urge the federal government that anything left to do should be done to address the issue politically rather than through litigation,” Nwodo added.