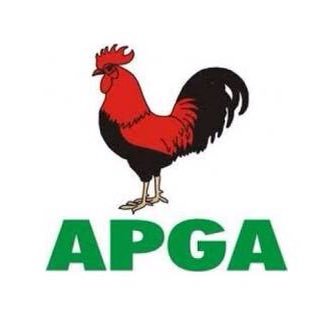 The speculation that the former governor of Ekiti State, Eng Segun Oni has joined the All Progressive Grand Alliance (APGA) has been described as an absolute falsehood.
The story making the round that Segun Oni has joined APGA as well as pulling out of the party again is just part of the orchestrated blackmail put together by those who are being hunted by the aspiration of former governor.
This was contained in a statement by the Director of Media and Publicity, Segun Oni Movements, Mr. Jackson Adebayo which was made available to journalists on Sunday in Ado Ekiti.
Inline Related Posts
Adebayo explained that though many political parties approached the former governor to fly their ticket in June 18 election but he didn’t agree to join any due to the ongoing wide consultations.
He stated further that some stakeholders in Ekiti project did approached to convince Oni on reasons he should agreed to contest on APGA’s platform but he declined arguing that the people of Ekiti State would come up with a party they love before the close of the window.
“It now became laughable reading on social media that Segun Oni is leaving APGA that he has never joined before; or how can you resign from an association you never belong.”
Adebayo however, maintained that the people behind such rumours are those who were being taunted by the geometrical growing of Segun Oni popularity and the negative effects it will have on other political party in Ekiti State.
“What they wanted to achieve with such a blackmail has however backfired on them as the people of the state refused to buy into the shenanigans; as it stands today the only person that the people could trust with the governance of the state is Eng Segun Oni as evidently displays at every nooks and crannies of the state.”
Adebayo added that the Segun Oni Movements would not be bother by this kind of balderdash in the build up to the governorship election  ‘we will not be bothered as we are too focused than to be distracted by writings that was rumbled together to cause confusion.’